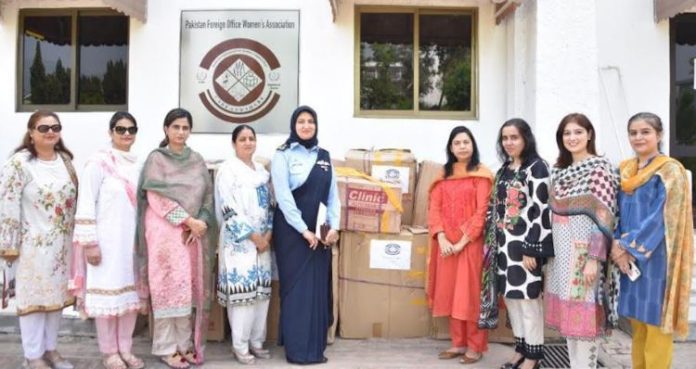 ISLAMABAD, SEP 20: /DNA/ – At a ceremony held at the Ministry of Foreign Affairs, the Pakistan Foreign Office Women’s Association (PFOWA) handed over a consignment of relief goods for the flood-affected areas of Balochistan to the Pakistan Air Force. The relief goods will be airlifted by Pakistan Airforce and distributed among the valiant flood-affected people. The items include blankets, shelter, food, medicines and other essentials.

The relief items were presented by the President of PFOWA Mrs. Mahwish Sohail to PAF representative.

The donations made by PFOWA to the national flood relief effort demonstrate solidarity and support for the affected compatriots.

PFOWA has actively participated in such relief efforts in the past including during the devastating floods in 2010 and 2011 .