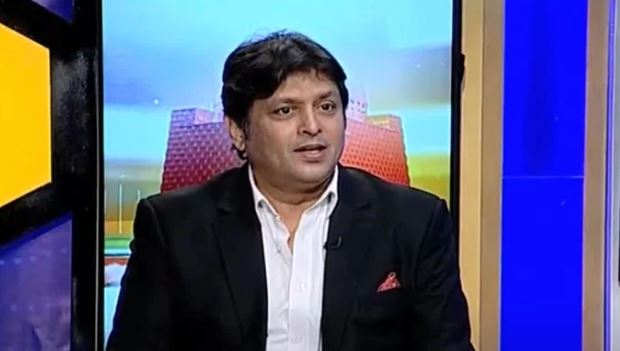 Pakistan Hockey Federation Secretary Haider Hussain lamented the lack of funding which has led to hockey’s deterioration in the country as he feared that stadiums would be forced to shut down if the situation persists.

Speaking during Geo News programme “Geo Pakistan”, Hussain said that there were no funds when he took charge of the post. “All the hockey stadiums will shut down if the federation does not receive Rs100 million from Sindh Chief Minister Murad Ali Shah,” he said.

“The situation is that if we didn’t participate in the Sultan Azlan Shah Cup, then we would be fined,” he said, adding that “if the Engro Group of the companies hadn’t supported us, we wouldn’t have participated in Azlan Shah Cup.”

Upon being asked if he had contacted the prime minister, Hussain said the federation has written letters to the PM, however, there hasn’t been any response as of yet. “We have also asked to meet him so that we can tell him future plans for hockey,” he added.

Hussain said that the neighbour countries receive funding worth millions, while Pakistan hockey gets Rs3.5 million in funds yearly. “Our team did not slide down from 10 to 18 in rankings by playing a [bad] game, it happened because we didn’t play the Hockey Pro League,” said Hussain, adding that if the team doesn’t go to South Africa, then it would slide down on 21 on the rankings.

Talking about a single tour, the secretary said that a tour of 10-12 days requires Rs7 million to Rs8 million just for the tickets.

He continued to say that the players get Rs20,000 as a daily allowance, which the federation raised and paid them in dollars by taking PHF President Khalid Sajjad Khokar’s permission.

Talking about the South Africa tour, Hussain said that they will participate at any cost. He said that the sports board has sent a message to give 17 tickets, however, we haven’t received any email. When asked about the standard number of players in a hockey squad to tour another country, Hussain said that 18 players — with two others on standby — go with the team that includes eight officials such as a physiotherapist, cameraman, manager, video analyser, and coaches.

The PHF secretary said that the first match is on November 28, and the management doesn’t know whether the team will reach on the 26 or 27 as they are waiting for the visa.

“The people there are the same as the people in [other] institutions. There is Irshad sahib, who is not entertaining us. When Saeed Khan called him on the phone, he responded by saying ‘how many people have my number, as if he is the president of America,” Hussain said.

However, he said that he has high hopes and a strong belief that hockey is a big product as it is Pakistan’s national sport.

“It only needs a bit of time. I have told the Pakistani government to just give us one and a half years and we will get stable and emerge as a big product.”

Hussain said that Pakistan Super League’s (PSL) franchise Lahore Qalandars has a great role in promoting hockey. He said that PHF is going to sign a Memorandum of Understanding with Geo.

“The team will get many sponsors when two big names are united,” he said.

Hussain went on to say that the federation is going to organise a series between teams of Karachi and Lahore so that the events pull huge crowds.

He said that during General Ziaul Haq’s regime, there was a system that Pakistan International Airline (PIA) would support the national game, WAPDA would support cricket and Pakistan Air Force will support squash.

“But since PIA itself needs support, it should at least provide free-of-cost tickets or provide it at half the price,” Hussain said.

He said that the PIA shouldn’t give funds to the PHF if they have even the slightest doubt. Instead, they can deal with the matters directly and involve in international event participation of the team when there is a risk of ban.

He further stated that he would salute the coach of the national hockey squad, for sticking to the team despite not being paid for months.

“The pain that the Pakistani team shouldn’t be left alone. He is so dedicated that he barely sleeps for two to three hours. For whom? Pakistani team,” Hussain said.