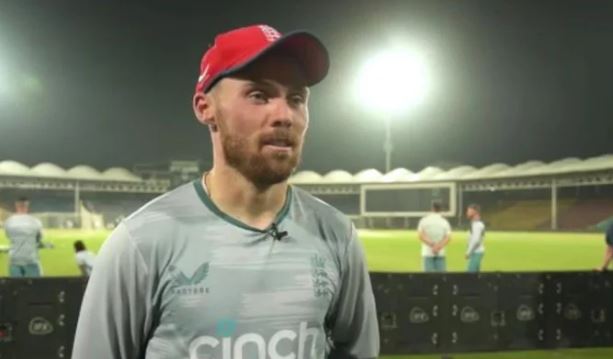 KARACHI: England’s cricketer Phil Salt feels that playing in the Pakistan Super League has provided English cricketers an understanding of conditions in Pakistan and a bit of information on what sort of challenge they would face in the upcoming series against Pakistan.

At least 11 members of the touring England side has played for different franchises in various editions of the Pakistan Super League in Pakistan and UAE.

Phil Salt is one of them. The 26-year-old Cricketer has played for Lahore Qalandars and Islamabad United in the league and feels that the England camp has an idea of how things would be in Pakistan.

“We have conversations around how the surface will play and what certain bowlers do. I’m certainly not alone in playing PSL, a lot of our guys have come out, so there’s a little bit of info there. But, obviously, we have to play well,” he said after their first training session in Karachi.

The touring party had their first training session at National Stadium under flood lights on Friday evening and players stayed in middle, practicing and gelling in with the conditions, for around three hours.

This is England’s first tour to the country in 17 years and being part of the squad has made Phil Salt feel proud.

“The mood in the camp is good. It’s something special to be a part of and coming back here in an England shirt, first time in 17 years. So, I think the guys are fully aware of the gravity of that and I’m very proud to be a part of it,” he said.

“It feels good. The boys are excited to be here. We know all about how much fun it is playing cricket in front of the crowds here, a lot of guys have played PSL over here. So, it’s something we’re looking forward to as a side,” said the batter who has played 8 ODIs and 4 T20Is for England.

He added that England is aware of how strong Pakistan can be at their home soil and England will have to play well against them.

“We know that Pakistan are a good side. With the World Cup coming up, every team wants to be putting their best foot forward and hitting a bit of form right now. So, we know that it is Pakistan’s home territory, and we have to play well,” he concluded.