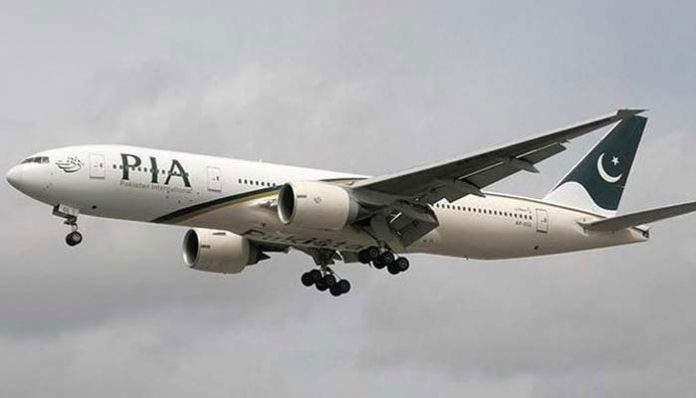 ISLAMABAD : The European Union has allowed the Pakistan International Airlines (PIA) to operate flights to and from Europe till July 3, confirmed the national flag carrier’s spokesperson on Wednesday.

The spokesperson said that all PIA flights to and from Islamabad to London, PK785 and PK 786 will operate as per schedule. An announcement with regard to other flights will be made soon, stated the PIA spokesperson.

He confirmed that the PIA administration, Ministry of Foreign Affairs and Pakistani diplomats were in constant contact with European authorities over the matter.

The spokesperson added that the foreign secretary had contacted European diplomats on an urgent basis after which the national flag carrier was allowed to land in Britain, Europe and fly over them as well.

He had said that the suspension will take effect from July 1, at 12 noon UTC time.

“Those who have a PIA booking can move the date forward or get a refund,” the spokesperson had said.

The EASA had told PIA “it is still not sure” if all the remaining pilots are properly qualified, “and thus they have lost their confidence” in the airline, the spokesperson told.

“PIA is in constant contact with the agency,” he had said, adding: “We are taking steps to address their concerns.”

“It is hoped that the suspension will end soon due to the [remedial] steps taken by the government and the administration.”

The move followed the decision by the EASA to suspend PIA’s air operations permit for a period of six months.

A spokesperson for the UK authority told Geo.tv: “Following the decision on June 30, 2020, by the European Union Aviation Safety Agency (EASA) to suspend permission for Pakistan International Airlines (PIA) to operate services to the European Union, PIA flights from Birmingham, London Heathrow and Manchester airports are suspended with immediate effect.

“The UK Civil Aviation Authority is required under law to withdraw PIA’s permit to operate to the UK pending EASA’s restoration of their approval that it meets international air safety standards.”

UK consumers intending to travel via PIA flights from either of these airports have been advised to follow instructions provided here.

About the ban by the European authority, the airline’s spokesperson had said that the PIA was dedicated to implement new confidence building measures and would try to get this decision reversed as soon as possible.

As far as the same development in the UK was concerned, the spokesperson said he had not received official correspondence.