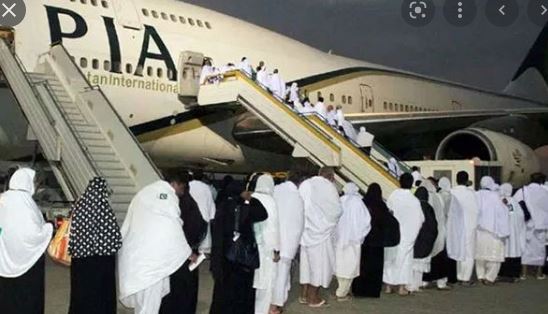 “PIA has started its Haj operation from Monday. The official launch ceremony of the Haj operation was held at Islamabad International Airport,” he said in a statement.

On the first day of operation, 1,080 intending pilgrims left for Haj by four flights, he said. Two flights took off from Islamabad and one each from Lahore and Quetta.

On the occasion, the Saudi ambassador inaugurated the Makkah Method, which will allow pilgrims to travel through Saudi immigration from Pakistan.

Meanwhile, the National Command and Operation Centre has updated the vaccine administration procedure for pilgrims.

The Saudi government requires two doses of any of the vaccines i.e. Moderna, Pfizer, AstraZeneca and Johnson and Johnson. The NCOC has recommended that Haj pilgrims can get additional or booster dose of their required vaccine, after 28 days since their first or second dose.

This update in procedure will help them comply with the Covid-19 vaccination requirements of the Saudi government during Haj.