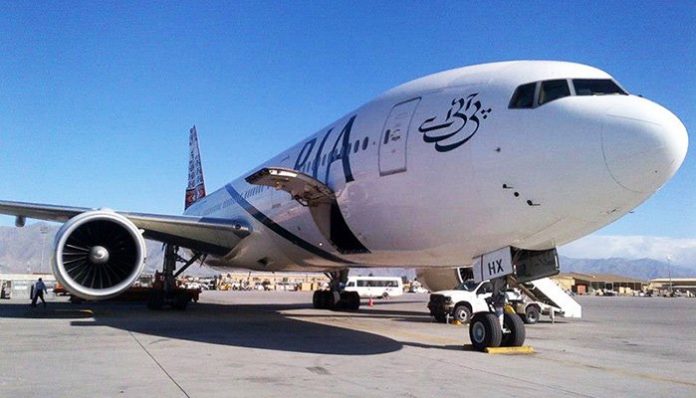 ISLAMABAD: The Pakistan International Airlines (PIA) on Sunday suspended its operations from Karachi, rejecting reports that its pilots from a flight from Britain had contracted the coronavirus.

In a statement issued Sunday, the national carrier clarified its views on quarantining its aviation staff in Karachi. “The PIA is strictly abiding by the instructions issued by the Government of Pakistan,” its spokesperson Abdullah Khan said.

“The instructions include measures related to disinfecting the airplane as well as the crew’s health and safety,” Khan added, noting that the federal government’s instructions were being followed at all airports in the country.

The incident that took place at Karachi airport was “against the instructions issued by the Government of Pakistan on aviation staff”, he said, adding that three hours prior to the plane with no passengers was scheduled to arrive from London, all officials had been informed.

However, the spokesperson stressed that despite instructions, the Sindh health department’s officials insisted on forcefully quarantining the pilots. PIA Chief Executive Air Marshal Arshad Malik has expressed serious concerns over the actions contrary to the federal government’s instructions, he added.

The PIA’s airplane crew is bringing back Pakistanis who have been stranded abroad, CEO Malik said, according to Khan. “We have ensured all possible safety measures for the aviation staff,” he added.

The spokesperson mentioned that the national carrier was constantly in contact with top officials and that reports about its airplane crew contracting coronavirus were misleading.

The crew was in isolation in a PIA hotel and were awaiting test results, the spokesperson added. However, the airline’s operations from Karachi were to remain suspended until there was a consensus on the government-issued directives, he said.

The Pakistan Airline Pilots’ Association (PALPA), an organisation to protect the rights of the national carrier’s pilots, has told pilots not to fly planes, putting ongoing flight operations at risk of suspension.

The PALPA stressed that the lives of pilots and aircrew were at risk if they flew to countries hit by the coronavirus pandemic. The move has put flights for Pakistanis stranded abroad in danger.