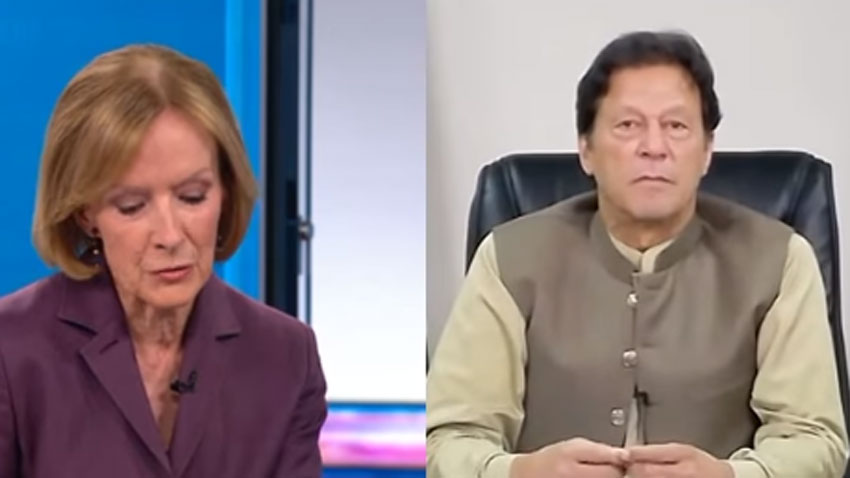 In an interview with a US media outlet, the Public Broadcasting Service (PBS), he said the Afghan government that includes all sorts of different factions will be the best outcome. He said there is no other outcome as the military solution has failed.

The Prime Minister said from Pakistan’s point of view, a protracted civil war in Afghanistan will be a worst case scenario. He said Pakistan is already hosting over three million Afghan refugees and we fear the civil war will bring more refugees to Pakistan. Our economic situation is not such that we can have another influx.

Secondly, he said, the worry is that the civil war will flow into Pakistan, because the Taliban are basically ethnic Pashtuns and those on our side will be drawn into it. He said this is last thing we want.

Reaffirming support to the Afghan peace process, the Prime Minister made it clear that Pakistan want to be a partner in peace but not in conflict.

Imran Khan recalled that Pakistan was devastated by joining the US war on terrorism. He said seventy thousand Pakistani people died in this war and the economy suffered losses to the tune of 150 billion dollars. He said the aid provided to Pakistan was minuscule compared to the amount of money the country lost in the economy. He regretted that Pakistan still is blamed for the failure in Afghanistan.

The Prime Minister said the US really messed up in Afghanistan.

He said Pakistan’s position is very straightforward. We want to help and we have helped getting the Taliban to talk to the U.S.  We have done our bit.

Responding to a question, the Prime Minister said Islam gives great respect and dignity to women. He said his comments on rape were taken out of context, clarifying that anyone who commits rape is solely responsible for the crime.