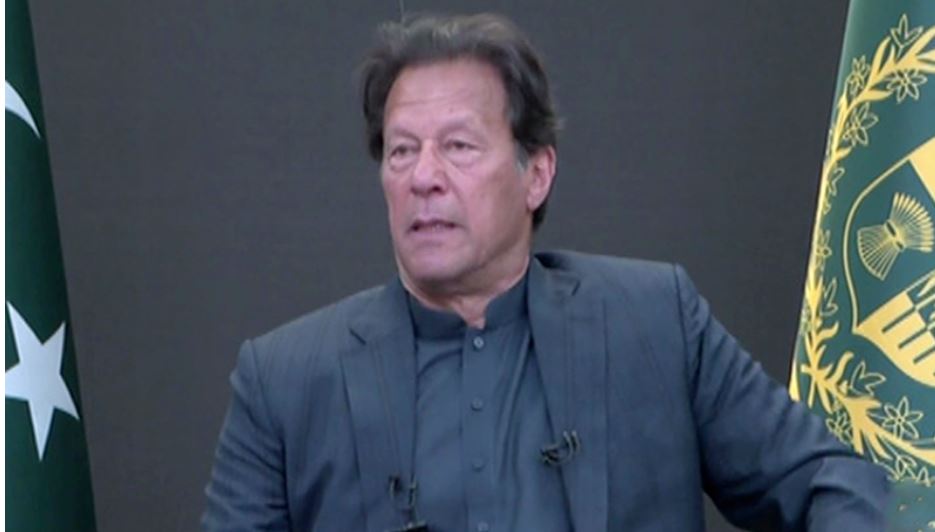 ISLAMABAD, JAN 29: Prime Minister Imran Khan on Saturday said the “selective silence” of the West on human rights violations in Indian-occupied Kashmir (IoK) was “deafening” as he called out their “double standards” in highlighting China’s alleged mistreatment of Uighur Muslims in Xinjiang.

“What we find very difficult to swallow in Pakistan is that while they talk about Uighurs, they do not talk much in the West about IoK because the worst human rights violations are taking place there by India,” the premier said while taking questions during an interview with Chinese journalists in Islamabad.

“Somehow there is selective silence about human rights in IoK where around nine million people are basically living in the worst conditions — [it’s] almost an open prison — by these 800,000 Indian troops. On one side they talk about Xinjiang, but on the other, there is this silence on IoK, which is deafening for us.”

The prime minister said that while there was a lot of criticism from the West about the treatment of Uighurs in Xinjiang, Pakistan’s ambassador to China had visited the region and found that “this is actually not true on the ground.”

During a previous interview with Chinese journalists in July 2021, the premier had said that Pakistan accepted Beijing’s version regarding the treatment of Uighurs due to “our extreme proximity and relationship”.

Saturday’s interview with Chinese media comes a few days before the premier’s scheduled visit to China to attend the inaugural session of the Winter Olympics in Beijing. The visit comes amid a boycott of the event by the United States.

The prime minister expressed his eagerness to attend the Olympics, saying it would be his first time doing so and it was very “admirable” for China to go forward with the event when the pandemic had adversely affected many sporting events.

The premier also hailed and stressed the “deep relationship” between the two countries, saying it had only strengthened over time. “There is a feeling in Pakistan that China always stood with us in times of need and supported us during difficult times. Similarly, Pakistan also always stood with China,” he said.

He added that the China-Pakistan Economic Corridor project had further linked the countries and also entered phase two of its operations, which focus on industrial development. He said Pakistan was looking forward to collaborating with China on many more fronts such as sports, information technology, agriculture, poverty alleviation, development and city planning and management.

Pakistan wanted to emulate the Chinese model of development because it was “inclusive”, the prime minister explained.

He also extended his well wishes to the Chinese people for their upcoming Lunar New Year festival.

Questioned on Afghanistan, the prime minister stressed that foreign forces cannot just leave the country without thinking of its people, and warned the country could see the “worst humanitarian crisis” if everyone abandoned it.

“The international community should just think of the 40 million Afghans. Whether they like the Taliban government or not should be secondary,” he said.