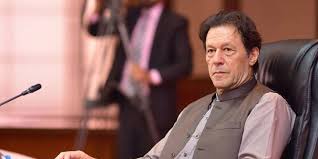 LAHORE, OCT 28 (DNA) – Prime Minister Imran Khan on Wednesday while declaring the leadership of Pakistan Democratic Movement (PDM) – an 11-party alliance – formed against the government ‘pickpockets’ said that the accountability will continue no matter what they do as this is the decisive time for Pakistan.

Addressing Insaf Doctors Forum at Aiwan-e-Iqbal in Lahore on Wednesday, he said that all the “pickpockets” come together on the same stage and make noise, adding that for the first time, they see accountability.

“They are scared because for the first time there is a prime minister who will not be blackmailed,” he said. The prime minister said that the system which does not have punishment and retribution always fails, adding that the mafia was creating hurdles in the way of change in the country.

People have in the past been given promotions and salary increments without performance, he said. “Those who had to make decisions would go abroad even if they had a cough and now we have to fix all these things,” he added. = DNA