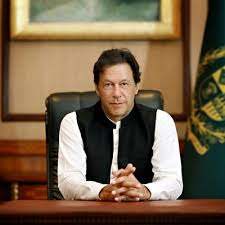 The sources said that the British era railway station of Hasanabdal has been re-constructed after 127 years with the cost of Rs300 million.

The government has taken the initiative to facilitate the masses and the Sikh pilgrims who reached there to visit their holy worship place Gurdawara Sri Panja Sahib. The sources said that the two-story railway station building covers 24,502 square feet space and 101,610 square feet external development area has been allocated for passengers’ facilities.Earlier on September 17, the government had allocated Rs50 million in the Public Sector Development Programme (PSDP), 2020-21 for the up-gradation and renovation of railway stations across the country.

The renovation of the railway stations had been approved by the Central Development Working Party (CDWP) in 2018 and the department had already upgraded six railway stations in different parts of the country, an official in the Ministry of Railways told the state-owned news agency.

Renovation work of Bahawalpur, Raiwind, Narowal, Okara, Sahiwal and Gujranwala station had been completed while the upgradation work of the five railway stations including Hassanabdal, Nakana Sahib, Peshawar Cantonment, Karachi Cantonment and Lahore were under progress.