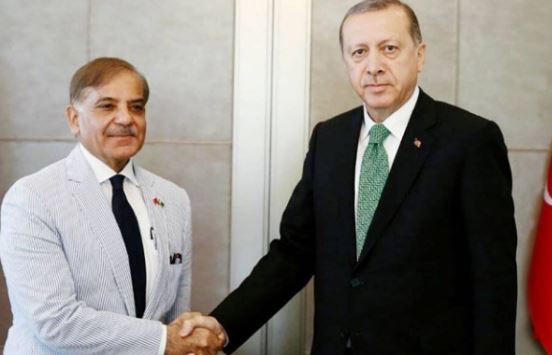 The Prime Minister briefed the Turkish President on the latest situation of floods in Pakistan and the government’s efforts to provide relief on an emergency basis. The Prime Minister highlighted that Pakistan had been facing unprecedented monsoon weather since mid-June 2022, with record rainfall. This had caused massive devastation in various parts of the country, resulting in loss of human lives, livelihoods and extensive damage to the infrastructure.

Prime Minister Shehbaz Sharif stated that despite that the rainfall had severely damaged infrastructure, the government was making all efforts to reach out to affected areas and assist people in their relocation and through delivery of aid.

The Prime Minister shared that Pakistan had prepared a “UN Flash Appeal” which would be launched on 30 August 2022 and expressed the hope that the international community would contribute towards meeting the funding requirements of the Flash Appeal.

In the bilateral context, Prime Minister Shehbaz Sharif reaffirmed commitment to boost relations in all areas. He also thanked President Erdogan for Turkiye’s unflinching support to the people of Jammu and Kashmir.

President Recep Tayyip Erdogan commiserated with Prime Minister Shehbaz Sharif on loss of lives and extensive damage due to severe rainfall and floods. He added that Turkiye would always support Pakistan.