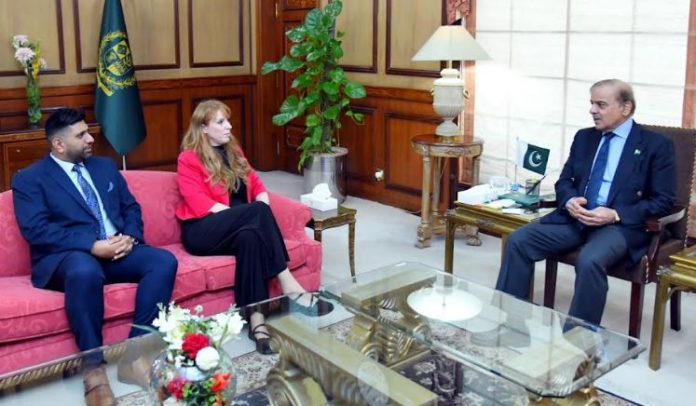 The Right Honorable Ms. Raynar expressed his sincere condolences on the loss of human lives due to the recent floods in Pakistan. The Prime Minister highlighted that Pakistan, despite contributing less than one percent of the global carbon emissions, remains one of the countries most affected by the climate change. Prime Minister also thanked the UK Government for its £ 16.5 Million of humanitarian assistance, provided to Pakistan.

Stressing the long-standing Pakistan-UK partnership, the Prime Minister reiterated Pakistan’s resolve to further deepen cooperation across multiple sectors including trade, investment, security, defence, culture and people-to-people linkages. He made special reference to the positive role played by the 1.6 million Pakistani diaspora in forging closer bonds between the peoples of both countries.

Lord Wajid informed the Prime Minister that British Pakistanis were greatly engaged in the relief and rehabilitation efforts for fellow Pakistanis who had been adversely affected by the recent floods.

The visiting delegation assured the Prime Minister of their continued cooperation to garner support for flood affectees.