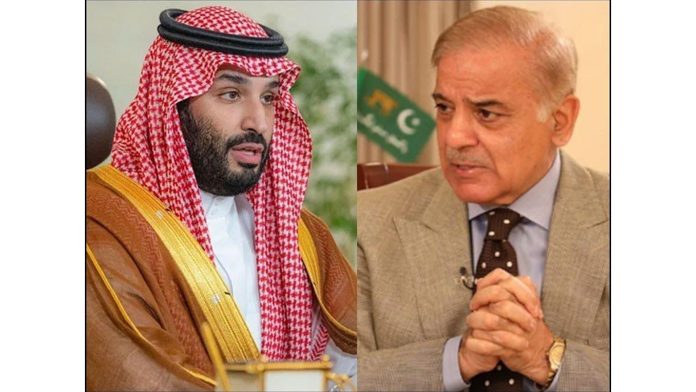 The two leaders in a telephonic conversation also exchanged views on issues of mutual interest, the PM Office said in a statement.

PM Sharif conveyed his deep respects to the Custodian of the Two Holy Mosques, King Salman bin Abdulaziz. During the telephone call, the crown prince congratulated the prime minister and the people of Pakistan on 75th anniversary of Pakistan’s independence.

The prime minister reiterated his cordial invitation to the crown prince for a state visit to Pakistan, which he graciously accepted.