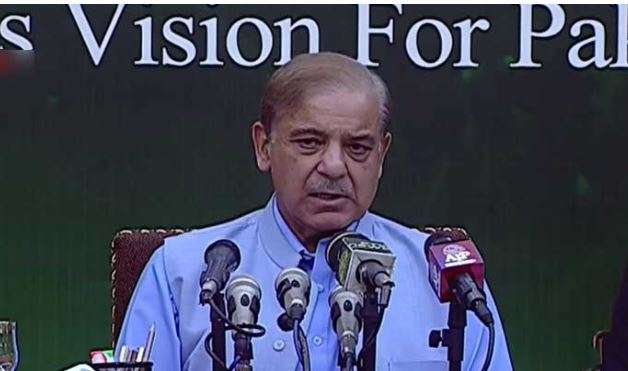 In a press conference, the premier said Friday was a “lucky day”, as the country received “great successes”.

On October 21, FATF — the world’s money laundering and terror-financing watchdog — removed Pakistan from its grey list, with the country no longer subject to its increased monitoring process.

He added that Khan has been calling others thieves for several years, but now, after the verdict, he has been proven a “certified liar”

“Imran Khan has been proven to be a certified liar. He has been disqualified due to corruption,” PM Shehbaz said, advising the PTI chairman that ongoing issues cannot be resolved through jalsas and rallies.

“Imran Khan was made the prime minister through rigging. His conversation about the judiciary is in front of everyone,” the premier remarked.

“Imran Khan should fear God; this should be a lesson for him to [remember],” PM Shehbaz said.