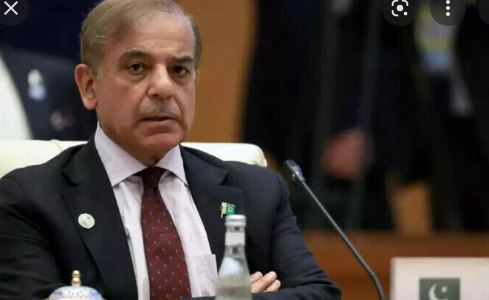 Appreciating the Secretary-General for his solidarity with, and call for massive support to Pakistan in the wake of the devastating floods in the country, the Prime Minister reiterated that the unprecedented flood disaster in Pakistan was a clear manifestation of the challenge posed by  climate change. The Prime Minister also endorsed the Secretary-General’s call for climate justice and climate solidarity.

​​The Prime Minister highlighted that according to the Post Disaster Needs Assessment (PDNA), the total estimated damage caused by the floods was over $32 billion i.e. around 10% of Pakistan’s GDP. The enormous task of rehabilitation and reconstruction would require substantial international support for Pakistan to build back greener, based on the model of sustainable development.

​​Referring to the adoption of UN General Assembly resolution, last month, expressing solidarity with Pakistan, the Prime Minister said that Pakistan was looking forward to convening an international

‘pledging conference’ bringing together all development partners. The Prime Minister also expressed appreciation for creation of a UN inter agency team, led by the Deputy Secretary General, to help Pakistan prepare a comprehensive rehabilitation and reconstruction Plan to be presented to the Conference.

​​With reference to COP-27, the Prime Minister stated that Climate Conference was a timely opportunity for the international community to catalyse concerted international action to mitigate the impact of climate change, and promote climate justice, based on the principles of equity and common but differentiated responsibilities and respective capabilities. The Prime Minister emphasized that addressing “loss and damage” would be a key “deliverable” at COP-27. At the request of Pakistan — in its capacity as the Chair of the G77 and China — the COP-27 has agreed, by consensus, to proposed inclusion of an agenda item on loss and damage finance.

​​The bilateral meeting between the Prime Minister and the Secretary-General was followed by a joint press stake-out at the “Pakistan Pavilion”.