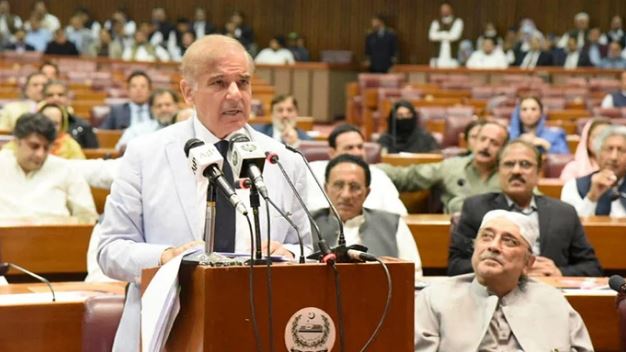 In a tweet, the federal minister said PM Shehbaz was unwell for the last two days and after consulting the doctors, he got tested for coronavirus.

The minister appealed to the nation and PML-N workers to pray for the health of the prime minister — who is also a cancer survivor.

This is the third time that the prime minister has contracted the deadly virus — first in June 2020 and second in January 2022.

Just a day back, PM Shehbaz landed home from Britain after a drawn-out visit, marked by his political consultations with PML-N supremo Nawaz Sharif. During the visit, PML-N leaders — including Khawaja Asif — had accompanied him.

He was scheduled to reach the country earlier, but his plans were delayed after his health deteriorated. Family sources said he extended his stay in London twice as “his hectic schedule took a toll on his health”.

According to sources close to the Sharif family, PM Shehbaz developed a fever before leaving for the airport on Saturday and his family advised him not to travel, so he rescheduled his flight home on Sunday.

Before that, the prime minister attended the COP27 meeting in Egypt, where he interacted with leaders from across the globe and pleaded Pakistan’s case for climate justice.

As the news broke out of the prime minister being infected with the virus, well-wishers — including journalists and politicians — prayed for his recovery.