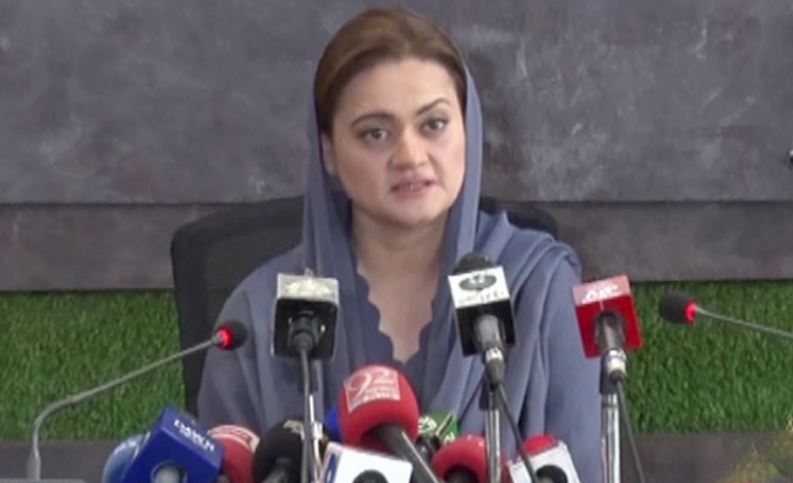 ISLAMABAD: Prime Minister Shehbaz Sharif will reveal his strategic plan, formulated in the PML-N’s meetings with party supremo Nawaz Sharif in London, upon his return to the country from the United Arab Emirates, Information Minister Marriyum Aurangzeb said on Saturday.

The prime minister, along with a host of senior PML-N leaders, visited London recently to meet and consult with his elder brother Nawaz. In a chat, a party leader privy to the Nawaz-Shehbaz meeting in the British capital had told Dawn that the two leaders discussed several issues ranging from the economic crisis, the budget for 2022-23, completing the government tenure or early elections, Nawaz’s return to Pakistan, handling of the PTI’s long march on Islamabad, the possibility of PTI Chairman Imran Khan’s arrest and relations with the military establishment.

Addressing a press conference in Islamabad, Aurangzeb, who was also a part of the PML-N leaders who conferred with Nawaz, said: “We had to make decisions [in the meetings] with collective wisdom so there were long consultations and the strategic plan [devised] will be presented by Prime Minister Shehbaz Sharif in an address to the nation.”

She said the premier had to visit the UAE on short notice for condolences on the death of former Emirati president Sheikh Khalifa Bin Zayed Al Nahyan. “He will very soon tell the nation about the entire strategy and announcements,” the information minister said.

Aurangzeb said the prime minister would consult his allied political parties on the strategy and all decisions before making his address.

She downplayed the nature of the London visit, insisting that it was a “private PML-N visit” that had been due since before PM Shehbaz came into power.

She said there were “long [and] detailed” sessions held on how to reduce the burden of the PTI government’s economic decisions on the people.

When questioned about the possibility of early elections, she said the present setup was a coalition government so the decision was for all allied political parties to decide. “At this time, it is being strategised that how the burden of inflation could be reduced and how to bring confidence back into the economy,” the information minister said, adding that she hoped the government would complete its constitutional term.

Aurangzeb said the events surrounding the no-confidence vote were also discussed in the London meetings of the party, adding that a decision was made to “deal with any element that violates the law or Constitution”.

Questioned on Imran’s recent statements regarding the “neutrals” and how they did not opt to thwart the “foreign conspiracy” against him, the information minister said the right to freedom of speech did not cover remarks against institutions or hate speech and anyone doing so would be proceeded against according to the law.

“When you attack state institutions then there will be legal action against you and this is the government’s responsibility which it knows how to carry out,” she said.