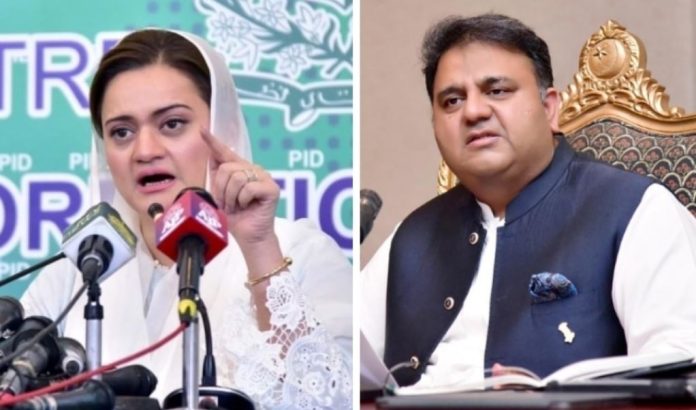 ISLAMABAD, JUN 12: Two days after the budget was formally presented in the National Assembly, the PML-N and the PTI continued to butt heads over each other’s economic performance and the state of Pakistan’s external debt on Sunday.

The clip was of a press conference Tarin held yesterday, in which he had said: “They (government) say ever since Pakistan was formed they (PTI) have raised debt by 80 per cent. It did not increase by 80 per cent in the [four] years [of PTI rule]. It grew by 76 per cent.”

Referring to those remarks, Aurangzeb said: “At last, Shaukat Tarin has admitted that Imran Khan took out loans worth Rs20 thousand billion during his four-year tenure, which is 76 per cent of the loans taken out in Pakistan’s history.” She added that more such “admissions” would follow. Finance Minister Miftah Ismail then said: “Total public debt under PTI went from Rs 24,953bn to Rs 44,366bn, an increase of 78pc. And total debt plus liabilities went from Rs29,879bn to Rs 53,544bn, an increase of 79pc. The PTI has added 79pc in 3.75 years of all debt + liabilities added in the previous 71 years.”

PTI’s Fawad Chaudhry replied to Aurangzeb by saying that she was bound to make such uninformed remarks when she spent all her time “playing Candy Crush” — a mobile phone game. Yesterday, he claimed the government was not serious because Aurangzeb was “playing video games” during the post-budget press conference.

The PTI government took out loans of $52bn of which $38bn was to pay back the loans taken out by the previous governments, Chaudhry said in another tweet today. “If you do not like the agreements made with the International Monetary Fund (IMF), then why does the poor government go to the board?” he asked. In a later Tweet, he also gave a breakdown of Pakistan’s external debt, saying it was $45bn from 2008-09, $70.5bn from 2018-19 and $88bn till March 2022. Meanwhile, Tarin said that the PTI’s economic performance over the last two years was the best in 30 years. “Stop deceiving people, they know the truth. Your performance is evident in the last eight weeks, pathetic,” he said.

He went on to say that the former government was well on its way to accelerating economic growth “in an inclusive and sustainable basis despite very high International commodity prices”.

“Don’t know why we were displaced,” the senior banker said. In a later tweet, Tarin claimed that while PTI’s debt increased by 76 per cent “despite Covid when tax burdens increased world over”, the PML-N increased debt by 79 per cent during their time. The economic survey of Pakistan revealed that total external debt had touched $88.8bn (Rs16.29 trillion) by the end of March 2022, having increased by around $2.3bn over the first nine months of the outgoing fiscal year.