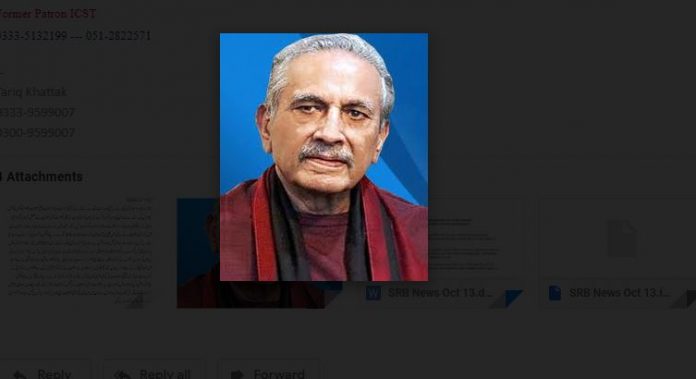 The decision will provide relief to the masses facing runaway inflation and discourage profiteering, he said.

Prime Minister Imran Khan wants Tiger Force to regularly check prices of essentials in their localities and post on Tiger Force portal which is a good move, he added.

Shahid Rasheed Butt said that the decision came at a time when a number of ministers had already expressed resentment over the prevailing price hike and called for taking immediate steps to bring down inflation.

He said that the provinces and business community should not resist the move as it is in the national interest to control rising prices as Tiger Force is a volunteer force and it should be encouraged instead of making them controversial.

Shahid Rasheed Butt said that continued inflation has already eroded the buying power of masses which should be considered before critical decisions.

He noted that World Bank has already cautioned that Pakistan’s GDP growth in FY21 will be lowest while inflation will be highest in the region therefore such action has become imperative.

He said that successive governments have ignored tax and power sector reforms for three decades and now the power sector circular debt has risen to around 2.3 trillion rupees posing a serious threat to the economy.

Additionally, the government has not been unable to meet the tax targets it agreed with the IMF because it was unrealistic while the pandemic also made it difficult and strict measures on the behest of IMF will help the cash economy.

An attempt to energy raise tariffs and taxes would imply a further reduction in disposable incomes of households and would compromise the quality of life of the middle and lower middle-income people and push millions more into poverty, he warned.

The government must find a way to access the next IMF tranche without hurting masses and economy as it would send a positive signal to concerned circles.