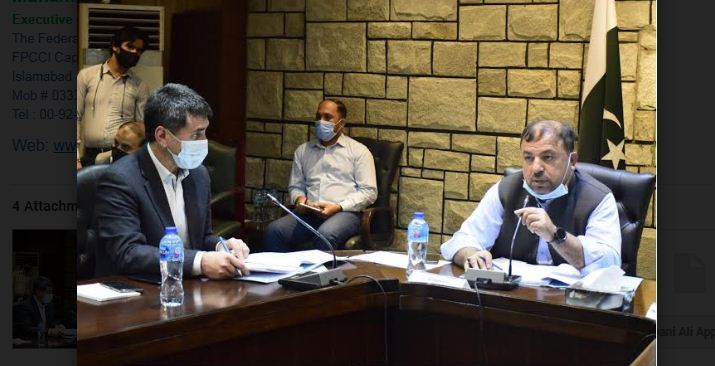 ISLAMABAD, MAY 4 (DNA) – Qurban Ali,Head, FPCCI Capital Office, Islamabad, applauded the vision and endeavor of the Prime Minister of Pakistan for development of Gilgit Baltistan. He appreciatedthe announcement of the development package of Rs. 370 million aiming to promote tourism through development of infrastructure and networking.

Qurban Ali, while expressing his gratitudehave said that the development package of Rs 370 billion will beginnew era of prosperity in Gilgit-Baltistan. This area of Pakistan has been blessed with abundant resources and natural beauty, he added.Qurban Ali further said that the government should announce special reliefs and exemptions for domestic and foreign investors to boost investment in tourism sector in Gilgit-Baltistan as well as industrial and commercial activities. He suggested to combine the tourism with agriculture sectors and promote agri-tourism in Gilgit Baltistan.

Qurban Ali,Head, FPCCI Capital Office, Islamabad, said that the business incubation Center in GB will not only benefit business community and investors but will also help in reducing unemployment.He further said that besides expanding Skardu Airport and giving it the status of an international airport, some more airports are also required in other areas for the promotion of tourism. He pointed out that the Hydel Power generation projects, Integrated Tourism System, Babusar Tunnel, Youth Skills Scholarships are very important programs to uplift the economy of Gilgit Baltistan and the country as well.

He further said that electricity generated from water and wind is very cheap and Gilgit-Baltistan is a suitable area for its production. Most of the foreign investors are very interested in this sector. Hydropower projects in Gilgit-Baltistan will go a long way in overcoming the power crisis in the country, he added.=DNA