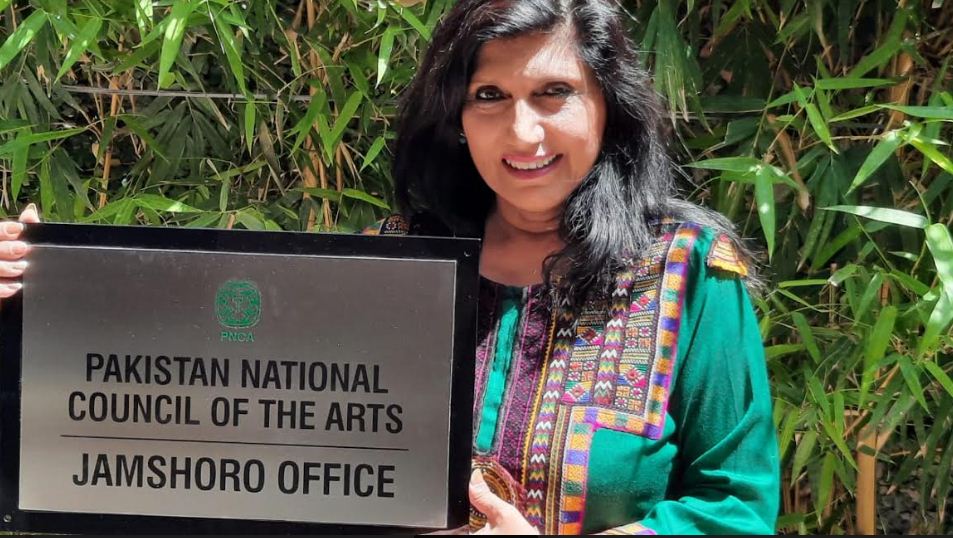 ISLAMABAD, APR 27 (DNA) – Pakistan National Council of the Arts (PNCA) opened its office in Jamshoro Sindh to promote and project the rich cultural heritage of Sindh. Jamshoro office is second in the series, initiatives taken by Director General, PNCA Dr Fouzia Saeed to promote, project and preserve the centuries-old cultural heritage of the country. This idea was fully sported by the Federal Minister for National Heritage and Culture Division Shafqat Mehmood and PNCA board with representation from all over the country. Sardar Shah, Minister for Culture Sindh, Secretary Culture, DG Culture Sindh have also provided full sport to the establishment of this office. Legendary Shehnai Maestro Ustad Abdullah Kahn being the chief guest performed the ribbon cutting to open the office.

The opening ceremony of the Jamshoro office was held online due to the Covid-19 pandemic. Dr Fouzia Saeed in her opening remarks highlighted the importance of culture and preservation of our heritage. Sindh is a land of rich culture and tradition, as PNCA is the custodian of Pakistan’s cultural assets, these regional offices will help in bringing the artists of these areas into the mainstream. PNCA will extend its help and will facilitate the local talent to express their potential. We are proud of our cultural heritage and want to attract art lovers around the world. She thanked and appreciated the help and cooperation extended by the Ministry of Culture, Sindh to materialize this idea. Secretary Culture Sindh Ghulam Akbar Laghari appreciated the efforts of PNCA and the special interest and love of Fouzia Saeed for Sindhi culture.

Art and artists of rural areas will get opportunities to show their talent through our collaborative struggle. We have a lot to show to the world he added. The Secretary suggested starting music classes at the premises. DG Culture, Sindh Abdul Haleem Lashari termed PNCA’s office in Jamshoro a big step of the Federal Government for the welfare of artists of remote areas. Together we can show the real face of Pakistan to the world in a better way. We will learn from you and avail new ideas he added. Prominent personalities Ishque Samejo said that the PNCA office in Jamshoro is a positive step and a good sign that PNCA came out of Islamabad to reach far-flung areas also. A culture is a big tool in today’s world and it should be utilized in a better way. Jami Chandio, a prominent scholar welcomed the effort and said that dialogue among cultural institutions is the only way forward for the promotion of culture and understanding among communities. Our country has great potential in all fields of arts.

Mehtab Akbar Rashdi in her message congratulated and welcomed the initiative and said that the PNCA office will have great opportunities to promote the art and artists of Sindh. Naz Sahito, Manzoor Mirani, Rafique Wassan, Saif Samejo and Shoukat Shoro said that unluckily culture and languages are the neglected areas in our society.  Shoro said that Faiz Ahmed Faiz the first chairman of PNCA had the honour to start this process but it was discontinued later on. We should start the dialogue again.  All the participants hailed the opening of PNCA’s office in Jamshoro and thanked Fouzia Saeed for her special attention towards Sindhi culture.