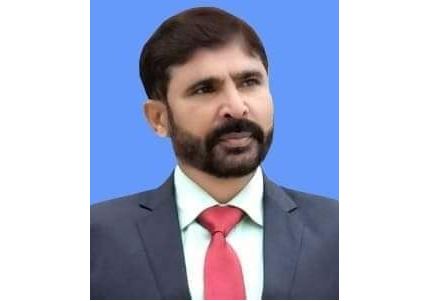 Imran Khan was the first prime minister of Pakistan who was ousted by a no-confidence vote. He joined the office of Prime minister for five years but Pakistan’s major opposition parties established Pakistan Democratic Movementin 2020 to gain power of the country. Superficially, the opposition blamed governance and economic failures under Khan’s leadership. But the main reason was that Khan had lost the support of the Pakistan Army, which helped him come to power.

There were several factors responsible for the rift between the Khan and the army. The biggest deadlock was over the transfer of the Director General of the Inter-Services Intelligence (ISI) in October 2021. Khan refused to sign off on the transfer of the director general, which had already been approved by the army. It was said that ISI chief is loyal to Khan, and there was also speculations that Khan wanted the next election (or perhaps even to appoint him as the next army chief).Thus, when Khan lost the support of the army and the army said it had become neutral the two smaller parties in the ruling coalition abandoned their alliance with Khan and turned Khan into the opposition.

Khan established a conspiracy theory to blame the fall of his government and alleged a US conspiracy to pursue an “independent foreign policy” and claiming that “local auxiliaries” were facilitators forthe process of Imam Khan’s ejection from the power. Although it is denied by the establishment but Khan and his allies have also hinted that the military is also responsible of his exit. Sometimes indirect language and sometimes pointing the finger at the “neutral,” as they now refer to the military. In doing so, PTI has reached near the limits of political confrontation with the military.

Day after day, in huge meetings, seminars and rallies across the country they call the new government an “imported government” and the new prime minister is a “crime minister”. Khan has used his rallies and interviews to gain media attention, arguing that the fall of his government returned to power the corrupt politicians who are responsible for Pakistan’s problems. His supporters, many of them middle-class, young and urban, and angry at Khan’s informal, systematic ouster, echoed his words on social media. With this narrative of grievance, Khan aims to undermine the legitimacy of the new regime. His party has resigned from parliament and is calling for fresh elections. Now he is leading a “freedom march” to Islamabad.

In contrast, supporters of the ruling parties see Khan’s ouster as democratic and dangerous to his politics. Pakistan today is echoing the post-January moments(January 1, 1863 – The Emancipation Proclamation by President Abraham Lincoln freed the slaves in the states rebelling against the Union) in America, a polarization so deep that each faction sees no validity in the other’s arguments. Khan’s supporters are especially distrustful of anything and action of the new government or the military says. In recent weeks, politicians on each side have also resorted to using religion to attack other is so dangerous in the country where weaponizing religion can be punishable by death.

The new government under the leadership of Muslim League (N) Shehbaz Sharif is facing huge challenges not only from Khan. Shahbaz’s brother, three-time former Prime Minister Nawaz Sharif, who was ousted on corruption charges in 2017, still is controlling the party and indeedthe government of Pakistan. A three-time former Chief Minister of Punjab, Pakistan’s largest province, Shehbaz has a more charismatic personality throughout his political career now going to be unsuccessful. Last month, the prime minister and key members of his cabinet made a surprise visit to London to consult with NawazShrif to get new instructions to mitigate the challenges government. He is living abroad and Pakistan’s economy is ongoing to decline. The rupee has continued to fluctuate sharply against the dollar. The stock market also lost value. What worries the government is the limited time before the next election and the fact that it commands a loose coalition of rival parties, which will compete against each other in the next election. But part of the indecision has to do with the fact that the PDM’s main objective was to oust Khan. PDM did not formulate any alternative governance plan or economic strategy before coming to power. This lack of planning is now showing in the face of Pakistan’s economic crisis.

A major question causing political uncertainty in Pakistan is the timing of the next elections, which should be held by the summer of 2023. Khan has made it clear that he wants to carry his current momentum to snap elections. In the days before his fall, his aim was to deprive the then-opposition from the runway of government by dissolving the extra-constitutional parliament but the decision was overturned by Pakistan’s Supreme Court. The current government, for its part, used its time in power to turn things in its favor, including resolving outstanding corruption cases.۔

The question is whether Nawaz Sharif can return to Pakistan before the next election or not. If he does, it could strengthen the PML-N, but if he doesn’t face legal action on their return, it will strengthen Khan’s arguments that the Sharif family nurtured the culture of corruption in Pakistan. And The Muslim League (N) has politically manipulated in their cases of corruption and generated considerable obstacles to make decision against them, including an economic crisis that is partly exogenous, a power struggle in Punjab province, and a president who belongs to and is loyal to Khan’s party. The coalition government has said that it would not go to early elections. Former President Asif Ali Zardari has insisted that elections should not be held before Parliament can make electoral reforms.

Whenever the next elections are held, it is not clear what the outcome will be. What matters in Pakistan’s parliamentary system is which party can attract the most “electables” powerful politicians in local constituencies. Large civic rallies validate Khan’s personal popularity, but not necessarily how his party performs in parliamentary elections. The second factor, which has historically determined which party politicians align with and which side the military leans toward, and this system, is the hurdlein the way ofgrowing democracy in Pakistan.

The foundations of this system in Pakistan remain the same since the creation of Pakistan. What matters for political success is whether you have the support of the Pakistan Army. Political parties now directly refer to military intervention in politics, but only when they are in opposition. When they are in government and enjoy this support and do not challenge it. This was true of Khan’s party when it was in power, and it is true of Sharif’s government now.

Pakistan’s growing political tensions and the race for power have turned the country into a political flashpoint. And it does not address the problems of common Pakistanis, who are continuously paying the price for the country’s political instability.