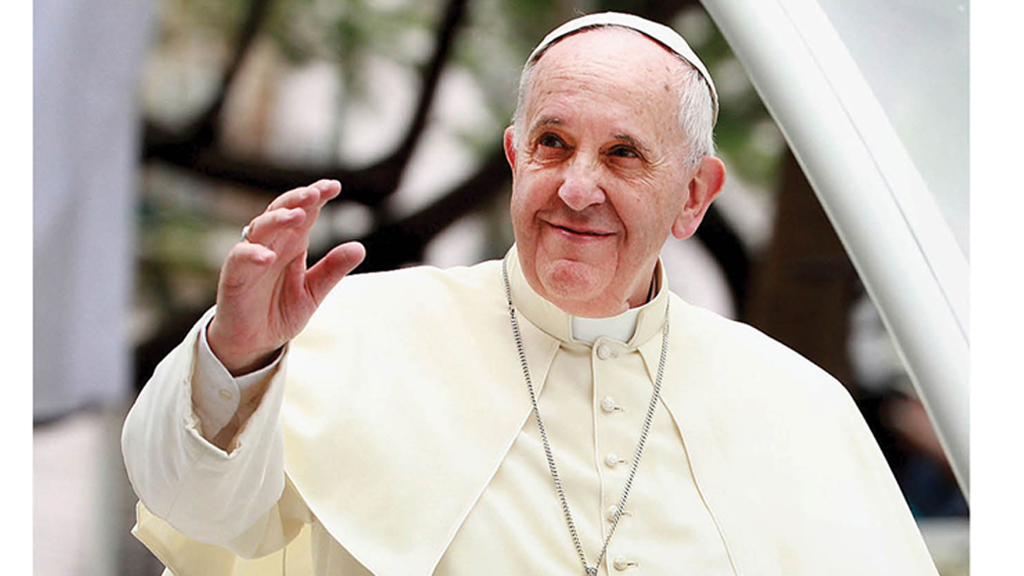 “I implore you, please, to abandon the path of violence, which is always a losing one, is a defeat for all,” Francis said. ”Let’s remember that violence generates violence.”

VATICAN CITY: Pope Francis on Sunday decried recent deadly attacks in Norway, Afghanistan and Britain, expressing closeness to the families of victims and calling violence “a defeat for everyone.”

“Last week various attacks were carried out, for example in Norway, Afghanistan, England, which caused many deaths and injuries,” the pope said, after greeting the public in St. Peter’s Square for his customary Sunday remarks and blessings delivered from a window of the Apostolic Palace.

“I express my closeness to the families of the victims,” Francis said.

In southern Afghanistan, a suicide bombing at a mosque killed 47 people and wounded scores more. The Daesh group claimed responsibility.

In England, a British lawmaker who was meeting at a church with some of his constituents was fatally stabbed, and police are investigating the slaying as a terrorist act.

“I implore you, please, to abandon the path of violence, which is always a losing one, is a defeat for all,” Francis said. ”Let’s remember that violence generates violence.”

Norwegian police have been criticized for reacting too slowly to contain the massacre in the town of Kongsberg, acknowledging that the five deaths occurred after police first encountered the attacker, a 37-year-old local resident whom authorities say has admitted to the slayings and is undergoing psychiatric evaluation.

In Afghanistan, relatives of those killed by the bombing at a Shiite mosque in the Kandahar province in the south of the country called on the ruling Taliban to protect them.

British authorities haven’t publicly identified the suspect in the slaying of Conservative lawmaker David Amess in the town of Leigh-On-Sea.