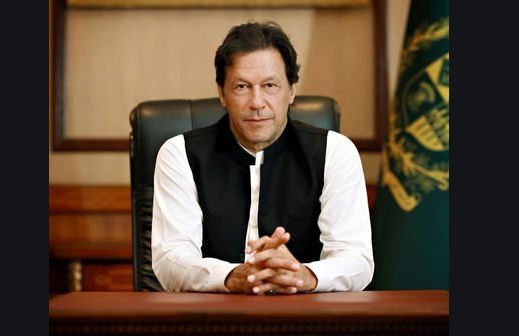 ISLAMABAD: Prime Minister Imran Khan on Thursday said the government was committed to facilitate the overseas Pakistanis so as to tap their immense potential and divert their financial contribution towards economic growth.

He said Roshan Digital Accounts, introduced for overseas Pakistanis to send their money to Pakistan with ease, would help gain stability of the local currency.

In last five months, the overseas Pakistanis from 97 countries have opened over 80,000 Roshan Digital accounts and sent $500 million to the country.

He asked the State Bank of Pakistan to maintain a constant touch with Pakistani community abroad and set up a round-the-clock Facilitation Cell to guide them about account opening and related queries.

He stressed a more focused and innovative advertisement campaign on Roshan Digital Accounts to be run on electronic media across the world.

The Prime Minister appreciated the role of banking sector in encouraging the account opening by overseas Pakistanis, adding that the money inflow would play a significant role in giving strength to national economy.

Besides Roshan Digital, he asked the banks to also focus on two more sectors, namely Naya Pakistan Housing project for construction of low-cost residences and the Small and Medium Enterprises (SMEs) to uplift less-privileged segment of society.

Both of these areas are important in bringing improvement in the lives of common man, he added.

The Prime Minister said the country’s all economic indicators were witnessing positive trends despite the situation of coronavirus pandemic.

He mentioned that the volume of Pakistan’s exports crossed its competitors in the sub-continent including India and Bangladesh.

The textile industry boomed and the power looms in Faisalabad and Gujranwala faced shortage of workers due to the record number of orders received from international market, he added.

Governor SBP Dr Reza Baqir said the overseas Pakistanis could open their accounts with Pakistani banks right from their computers at homes and without going to embassies.

He said the deposited money was directly made repatriable to the bank-account holder, which earlier was not possible without the permission of the State Bank of Pakistan.

He announced that on desire of overseas Pakistanis to reduce transfer fee on transactions, only $5-9 would be charged, no matter how big the amount would be.