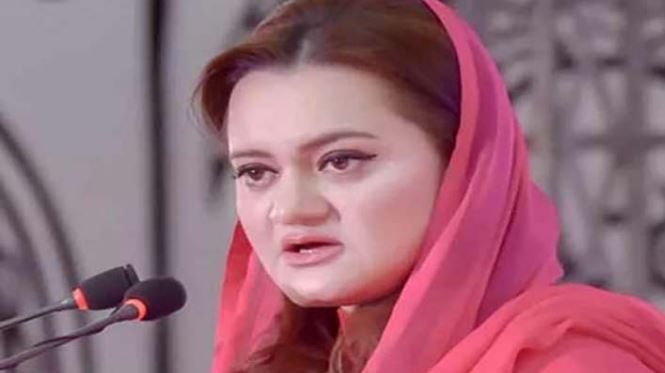 In one of her statements, the federal information minister went on to term the address of PTI Chairman Imran Khan in Kirk as ‘shameless’. Talking about the audio, Marriyum Aurangzeb said that the audio is proof that no illegal act has been done, nor has anyone been harmed.

Taking a jibe at the PTI Chairman, Marriyum said that the one who has played with Pakistan s freedom, sovereignty and economy in exchange for foreign funding is shouting now. Imran Khan is desperate and angry because no illegal work is going on during the tenure of the incumbent government, added Marriyum.

Continuing to take a swipe at former prime minister Imran Khan, Marriyum said that he [Imran] continues to lie for the sake of 458 canals of land. The one who changed the policy of Toshakhana to earn profit from three watches should look in the mirror before telling lies, she added. Talking about the audio of PML-N leaders, Marriyum said that in the audio, discussions were not made on anti-state topics like Imran’s provincial ministers and former finance minister Shaukat Tarin made in the audio.