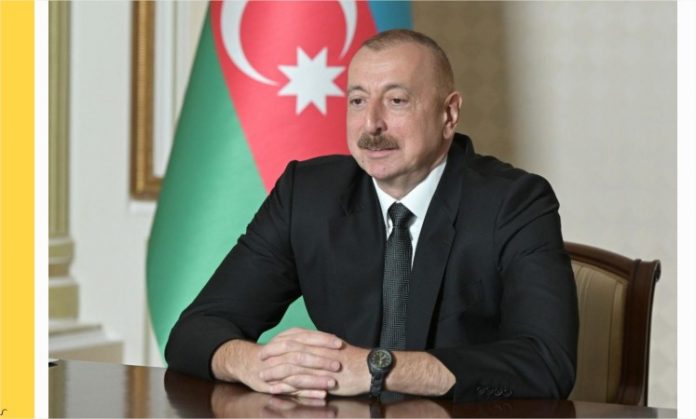 Azerbaijan will continue to invest in the tourism sector and create more favourable conditions for foreign tourists, President Ilham Aliyev said at a video conference with Secretary-General of the UN World Tourism Organization Zurab Pololikashvili on June 30.

“We will continue to invest in this area and create better conditions for foreign tourists. It is because Azerbaijan has all the factors that can support: stable socio-political conditions, security, hospitality of our people, historical monuments, diversity of nature, summer tourism, winter tourism and the Azerbaijani cuisine. Both our geographical position and our aviation relations with different countries of the world. Therefore, it is necessary not only to work purposefully and increase capacity but also, of course, to eliminate, for example, bureaucratic obstacles that hinder the large influx of foreigners into the country”, Aliyev noted.

In his speech, Aliyev said that tourism is one of the most affected areas during the pandemic, which is observed in both Azerbaijan and the entire world. He noted that therefore, the UN WTO has an additional burden. “The flow of tourists naturally decreased during the pandemic, but the recovery of this area in the post-pandemic, of course, will be associated with certain limitations,” added the president.

“As you know, the number of visitors to Azerbaijan has recently increased significantly. Last year, a record number was recorded – more than 3 million foreigners visited Azerbaijan. In percentage terms, the flow of tourists increased by about 15 per cent. If we take into account that the average annual growth rate has been in the range of 10-24 per cent for the last 4-5 years, we can say that this area has become very widespread. We are glad that the private sector actively invests in this area, and the state supports it. During the pandemic, we provided financial support to people working in this sector, because they were practically unemployed. This support will be provided until the sector begins to recover. That is why I thank you for your initiative to talk about important issues.”

Expressing his gratitude to the secretary-general for partnership and support to Azerbaijan’s tourism sector, the president said that the recommendations of the UN WTO are very valuable, and Azerbaijan will follow them during the post-pandemic period.

“Because, as you mentioned, during the pandemic, many countries, including Azerbaijan, closed their borders. Our borders are still closed, they are open only to receive Azerbaijani citizens wishing to return to their homeland and for the departure of foreigners wishing to leave Azerbaijan,” Aliyev noted.

Aliyev reminded that Azerbaijan has made very active progress in this direction, and first of all, the government started with infrastructure projects, the country promotion-related projects, participation in exhibitions, holding various international events.

“I must say that the rapid development of tourism in Azerbaijan was largely due to the Formula 1 races. Immediately after the first march, we saw an increase in tourism. As I said, this potential is growing every year, and according to various reports, foreigners spend about $ 1.5-2 billion a year in Azerbaijan.”

The president emphasized that this means a large inflow of foreign currency into the country’s economy.

Furthermore, Aliyev expressed confidence that Azerbaijan will follow the recommendations of the UN WTO and try to restore tourism as soon as possible by implementing them. He noted that Azerbaijan will closely follow the steps taken by the leading countries in the field of tourism, which have great experience and a certain degree of confidence in the tourism sector in their economic development.