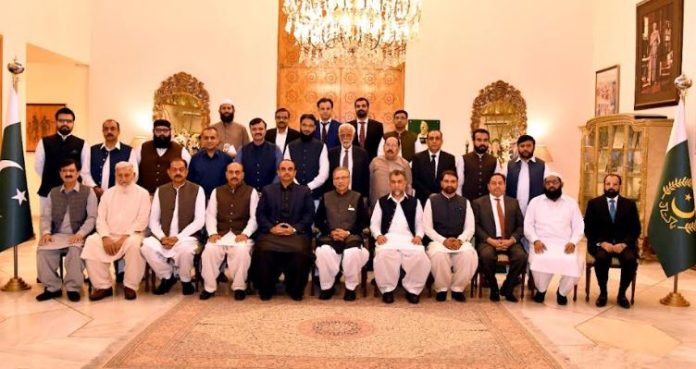 Islamabad; Sep 13: President Arif Alvi has called upon the chambers of commerce and industry to motivate and convince their members to fully document their businesses for bringing transparency in the business inputs and outputs which would lead to levying of just and fair taxes. This, he said, would increase the tax base and tax collection, minimize incidents of corruption and corrupt practices and would eventually lead to reduced taxation on the businesses. He said that non-documentation and lack of transparency in the business processes and resultant low tax collection compelled the government to resort to indirect taxation which equally hurt the poor and the rich and therefore direct taxation needed to be enhanced with the help of the business community.

The President said that Pakistan was the fifth largest country in terms of population and, therefore, it should also be the fifth most important country in terms of socio-economic growth. He added that it was possible provided the businesses encourage their female family members to enter into businesses and industry on key posts to lead the way for better participation of women.

He said that our youth bulge should be provided with high-quality skills, especially in the IT sector, our businesses need to create close linkages with the research and development institutions and Universities for brining qualitative and quantitative improvement into their goods and services and expanding their reach in the existing export markets, and exploring new export markets.

The President said that the Small and Medium Scale industries were the backbone of the country’s economy and the government should further improve the policy, the licensing and regulatory regime, and levy of just and fair taxation in close coordination and consultation with all the stakeholders to further improve ease of doing business to help promote this vital sector of the country on a fast-track basis. He also stressed the need to strengthen border control to curb inward and outward smuggling of goods to protect the local industry.

The President said that industries and businesses played a key role in the progress and development of the country and the prosperity of its people. He appreciated the industrialists and businessmen of Pakistan for achieving the highest ever export growth of 30% and achieving the export target of USD 32 billion last year.

The President commended the country’s chambers of commerce, especially the SCCI, for providing much-needed leadership to the business community of their area, and added that the chambers of commerce were important institutions, which provided vision and leadership to the business community by providing the industrial and business sectors with effective forums for sharing their ideas, making experiments, bringing new and high-value technology and finding foreign markets for their products and services.

President SCCI, Chaudhary Shoaib Ahmed Basra, thanked the President for his constant patronage and support to the business community, especially SCCI, and for encouraging the top performing businesses of the country through the achievement awards.