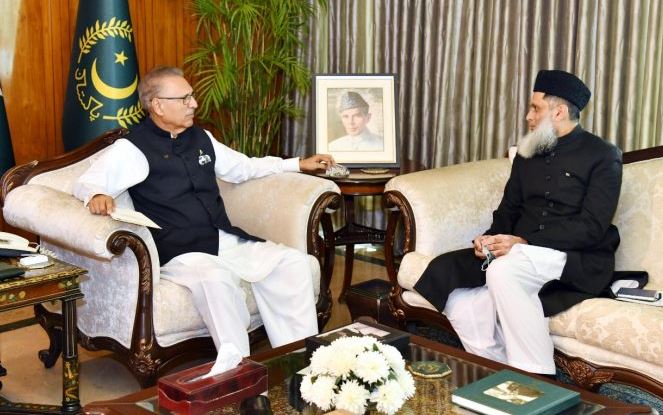 ISLAMABAD, SEP 28 (DNA) — President Dr Arif Alvi has said that Pakistan and Afghanistan had relations based on commonalities of history, culture and faith which needed to be further strengthened by focusing on enhancing bilateral trade, building greater networks with the Afghan business community, and further streamlining the clearance of consignments at the Border Crossing Points.

The President expressed these views during a meeting with Pakistan’s Head of Mission, Embassy of Pakistan in Kabul, Afghanistan, Mr Ubaid ur Rehman Nizamani, who called on him, at Aiwan-e-Sadr Wednesday.

The President said that Pakistan could offer online or recorded educational packages of Allama Iqbal Open University and the Virtual University of Pakistan to Afghan students to help male and female students to get quality education without the need to physically attend the educational institutions.

The President emphasized the establishment and regularization of border markets between the two countries for expediting the exchange of goods, especially perishable items, to help the populations of border areas to minimize wastage and improve their economic well-being. He expressed the hope that the new Head of Mission would play his role in further enhancing the bilateral relations between the two counties. =DNA