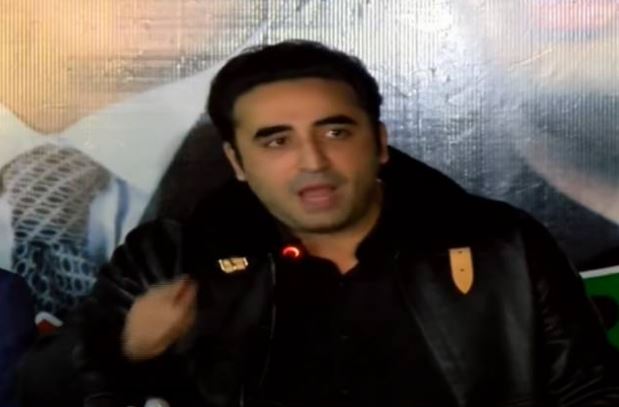 ISLAMABAD, Nov 19 (DNA): Foreign Minister Bilawal Bhutto Zardari has
warned President Arif Alvi if he tries to mess up the army chief’s
summary, he will have to face the consequences.

Addressing a press conference, he alleged that Imran Khan’s long march
aimed at making the appointment of army chief controversial.

Pakistan People’s Party Chairman Bilawal Bhutto further alleged that
Imran Khan offered a life extension to Gen Qamar Javed Bajwa to avoid a
vote of no confidence against him. “But Gen Bajwa obeying the national
constitution refused to take a further extension,” he added.

He said Imran Khan had inflicted colossal damage to the economy and
foreign policy of the country during his tenure.

“Imran Khan was imposed on the country and so much damage had been done
due to his policies that the country is now on the verge of default,” he
alleged.

“PPP has always struggled to strengthen democracy and Imran Khan s
journey from being a cricketer to being selected is in front of
everyone, he added.

He said the whole nation suffered due to the ‘selected’ prime minister
(Imran Khan). “The selected premier had been imposed on the country
which harmed almost all the institutions of the country, he added.

PPP Chairman Bhutto further alleged that Pakistan’s bitter relations
with various countries were not because of the people but owing to the
wrong policies of a selected prime minister.

Bilawal said that the long march has no democratic purpose as Khan Sahib
did all his politics riding on the shoulders of undemocratic forces.

The foreign minister recalled that Imran Khan came to Islamabad on May
25 and tried to sabotage the talks with the IMF. “Now, I am sending a
message to Khan and all forces to stop playing this game, he said adding
that how will you bear the difficulties in the future if you are setting
the tradition?

He further stated that Imran Khan is playing a non-democratic game as he
is linking his politics with the posting of the army chief. “If you are
leading a real freedom march why did you choose Rawalpindi as your
destination, he asked.   He said that the game Imran Khan is playing if
this tradition is established, there will be a sit-in in Rawalpindi
after three years. DNA