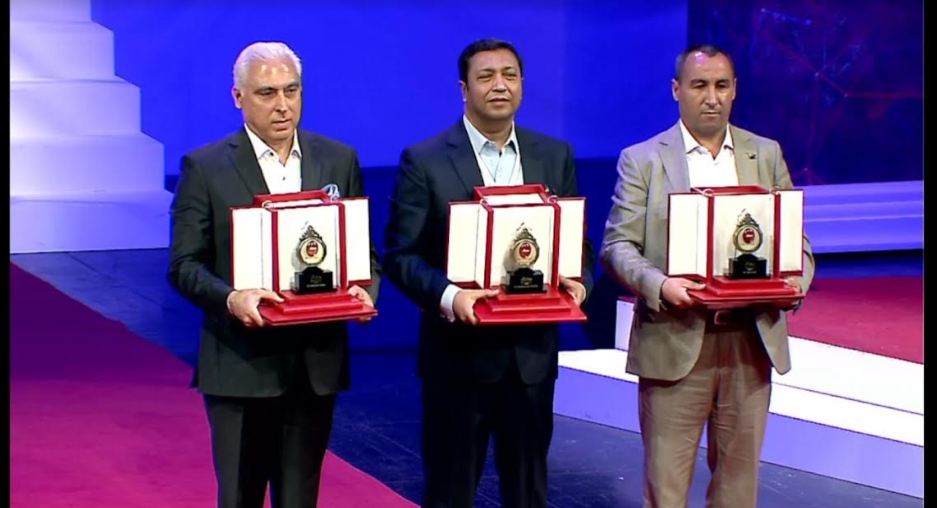 Mustafa (P.B.U.H) Prize is the International Symbol of Scientific Excellence

Islamabad, Oct.22: The Mustafa (P.B.U.H) Prize — International symbol of scientific excellence — for the year of 2021 has been awarded to Prof. Dr. Muhammad Iqbal Choudhary for his discovery of fascinating molecules with therapeutic applications. Mustafa (P.B.U.H) Prize award ceremony held on October 21 at Vahdat Hall in Tehran.

“For decades I have worked tirelessly and selflessly with the single aim of contributing to the alleviation of the suffering of people through my scientific discoveries. This award has strengthened my resolve to continue this work with sincerity of purpose and selfless motivation,” Prof. Choudhary said in his award speech.

Mustafa Science and Technology Foundation holds the event biennially in Iran during the Islamic Unity Week that spans the two dates narrated by Sunnis and Shias as the birth anniversary of Prophet Muhammad (PBUH).

Five scientists each from Pakistan, Iran, Bangladesh, Lebanon and Morocco have been awarded The Mustafa Prize in their respective fields of study.

Prof. Dr. Muhammad Iqbal Choudhary is world renowned medicinal chemist. He has published 1,175 research papers in the fields of organic and bioorganic chemistry in international journals, 76 books and 40 chapters in books published by major US and European press. He has secured 40 US patents so far.

Dr. Iqbal’s work has been cited by the researchers from around the world by 27,407 times and his h-index is 70. By now 94 national and international scholars have completed their PhD degrees under his supervision.

Dr. Iqbal is D.Sc., Ph.D., and C. Chem. He has been awarded by different governments of Pakistan with Hilal-e-Imtiaz, Sitara-e-Imtiaz, and Tamgha-e-Imtiaz.

Prof. Iqbal has been honored by the President of Iran with Khwarizmi International Award, President of Azerbaijan, with ECO Award in Education and the Prime Minister of Pakistan with COMSTECH Award in Chemistry.

He has been given the prestigious title of “Distinguished National Professor” by the Higher Education Commission in 2004 and Meritorious Professor by the University of Karachi in 2013.