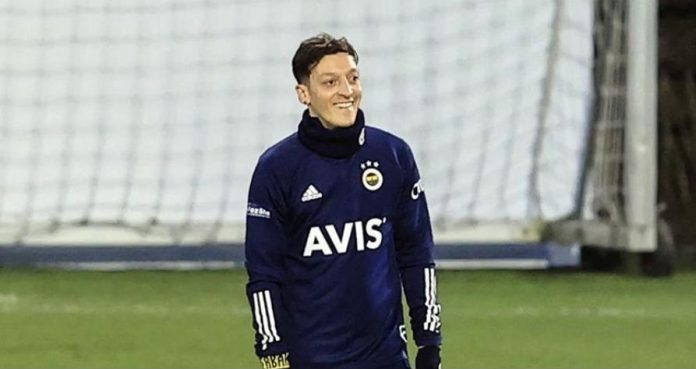 Born on Oct. 15, 1988, in Gelsenkirchen, Ozil played for Schalke 04 and Werder Bremen while he was in Germany.

Ozil was 21 when he was signed by Real Madrid. It was his first overseas experience.

The 32-year-old attacking midfielder is a German national but has Turkish roots.

Ozil preferred to play for his native Germany as he made his debut for “Die Mannschaft” in 2009, a year before the 2010 FIFA World Cup in South Africa.

He became one of the integral parts of Real Madrid to win the 2011 Spanish Cup, 2012 Spanish La Liga title, and 2012 Spanish Super Cup.

In 2013, Arsenal signed him for a club-record £42.4 million transfer fee or $51.7 million. Ozil is still among the record arrivals of the London club.

Nicolas Pepe is Arsenal’s all-time most expensive signing as the former Lille winger from Ivory Coast was transferred for £72 million in 2019.

In his seven-and-a-half-year spell at Arsenal, Ozil tallied 44 goals and 77 assists in 254 matches.

After the longtime Arsenal manager Arsene Wenger’s leave from the club in 2018, Ozil’s career started to decline.

This season he has been left out of Arsenal’s English Premier League and UEFA Europa League squad.

On Sunday, Fenerbahce confirmed the signing of Ozil from Arsenal on a free transfer.

In his first World Cup finals with Germany in 2010, Ozil was awarded a bronze medal in South Africa.

Ozil became one of the key players for the German national team, helping his nation win the 2014 FIFA World Cup in Brazil.

Following the 2014 triumph, Germany’s shocking group-stage elimination at the 2018 World Cup in Russia sparked more criticism of the team and Ozil.

Ozil came under fire in Germany when he posted a photo with Turkish President Recep Tayyip Erdogan before the 2018 World Cup.

Erdogan was in London in May 2018 for a state visit to the UK.

Ozil’s photo with Erdogan ahead of the 2018 Turkish elections caused anger in Germany.

After his photos with the Turkish leader, German media outlets slammed Ozil, questioning his loyalty to Germany.

Fellow German international Ilkay Gundogan, born in Germany to Turkish parents, was also present at the London meeting with Erdogan, as well as striker Cenk Tosun of Everton, who was born in Germany but plays for the Turkish national team.

The Germans’ criticism against Ozil worsened after the national team’s fiasco in Russia.

China is accused of carrying out repressive policies against the Uighur, a Turkic Muslim group, and restraining their religious, commercial, and cultural rights.

In a tweet he posted in Dec. 2019, Ozil criticized inaction over what he called the Chinese persecution of Uighurs in Xinjiang.

He wrote: “Qurans are burned… Mosques were closed down… Islamic theological schools, Madrasahs were banned … Religious scholars were killed one by one … Despite all this, Muslims stay quiet.”

The Turkic Muslim group, which makes up around 45% of Xinjiang’s population, has long accused Chinese authorities of cultural, religious, and economic discrimination.