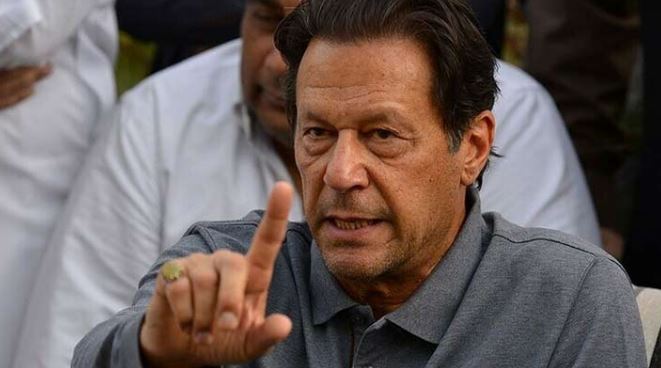 ISLAMABAD – Former prime minister and Pakistan Tehreek-e-Insaf (PTI) chairman Imran Khan on Wednesday refused to respond to the notice sent by the Federal Investigation Agency (FIA) in a case pertaining to prohibited funding.

Imran Khan in his written response told that he was neither bound nor obliged to provide information and will take legal action against the agency if notice is not withdrawn in two days. It further stated that the Election Commission of Pakistan (ECP) did not give a decision but issued a report.

FIA will now investigate the case in America, Britain, and any other country where PTI received funding from. Investigation agencies of different countries will also be contacted and taken on board.

FIA will collect the information regarding the companies and personalities of these countries that deposited funds in PTI accounts and for this help will be taken from the Federal Bureau of Investigation, National Crime Agency and other agencies.

Currently, the investigation into the prohibited funding case is still in the stage of collecting records and accounts. In the second phase, the obtained information will be compiled to file charges.

FIA initiated investigation into the case on August 5 after the Election Commission of Pakistan’s (ECP) announced its decision on August 2.

In the first phase, five investigation teams have been formed. These teams will work in Lahore, Karachi, Peshawar, Islamabad and Quetta.

According to FIA officials, various records related to the case will be summoned from the Federal Board of Revenue and Security and Exchange Commission of Pakistan. FIA headquarters will supervise the entire investigation.

On August 2, the commission in its verdict in prohibited funding case against the PTI had ruled that the party received funds from business tycoon Arif Naqvi and from 34 foreign nationals. It went on to say that the party had taken ownership of eight accounts and kept 16 hidden.

Unknown accounts have also come to light, said the commission in its verdict, adding that hiding accounts is a “violation” of Article 17 of the Constitution.

The electoral watchdog had also decided to issue a show-cause notice to the PTI to explain why the commission should not seize the funds it received. The commission said that PTI chief Imran Khan had submitted a “misdeclaration”.

The ECP had reserved its verdict in prohibited funding case — previously referred to as the foreign funding case — after the conclusion of arguments from both sides of the case on June 21.

The case was filed by PTI founding member Akbar S. Babar and was pending since November 14, 2014. Babar had alleged serious financial irregularities in the party’s funding from Pakistan and abroad. In March 2018, a scrutiny committee was constituted to examine the PTI financing. The committee submitted its report on January 4, after 95 hearings and nearly four years.