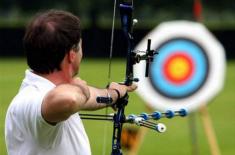 According to President PSOA Maqbool Arian a total of six teams would take part in the championship including Punjab, Khyber Pakhtunkhwa, Sindh, Balochistan, Islamabad and Gilgit Baltistan.

He said the invitation letters have been sent to the participating teams. Mansoor Shahzad and Ahsan Abdullah have been appointed as Director General and Organizing Secretary, respectively, he said and added that the datea of the event would be announced in the next week.

He said the meeting of the Pakistan Student Olympic Association would be held in the last week of the next month to finalize the arrangements of the event.