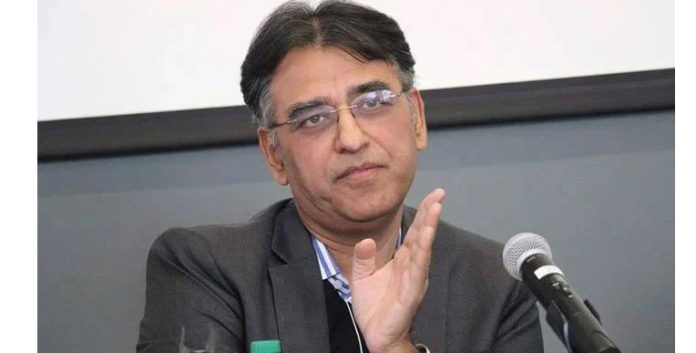 We have not forgotten May 25, won’t let anyone else forget: Asad

ISLAMABAD: /DNA/ – Under a well-conceived move to take legal actions against police officials involved in taking illegal and criminals actions against Pakistan Tehreek-e-Insaf’s (PTI) members in Punjab on May 25, the PTI constituted a five-member powerful committee to counter political victimization of their leadership and workers in the province.

According to details, the five-member would be headed by Shafqat Mehmood while Aamir Mehmood Kiani, Yasmin Rashid, Own Abbas Buppi and Raja Basharat are also included in the counter-victimization committee.

PTI’s Central General Secretary Asad Umer on Wednesday issued a notification of the formation of the anti-Victimization and Accountability Committee.

The committee was formed in accordance with the decision of the PTI Core Committee, which was tasked to investigate fake cases registered against PTI leaders in Punjab and would work towards countering them.

The committee would also identify officers who committed criminal offences against the PTI leaders and workers in order to initiate legal proceedings against them.

Asad Umer made it clear that they have not forgotten what happened on May 25, 2022. “We have not forgotten, and will not let anyone else forget,” he added. He said that those responsible for the torturing and harassing PTI workers and leaders would be dealt as per the law.

He said that they filed contempt petition against Interior Minister Rana Sanaullah and Punjab government in Supreme Court.

Asad said that the blatant attempt to interfere in the CM election process, use of police and special branch and open threats by interior minister are a clear contempt of July 1 decision of the SC.