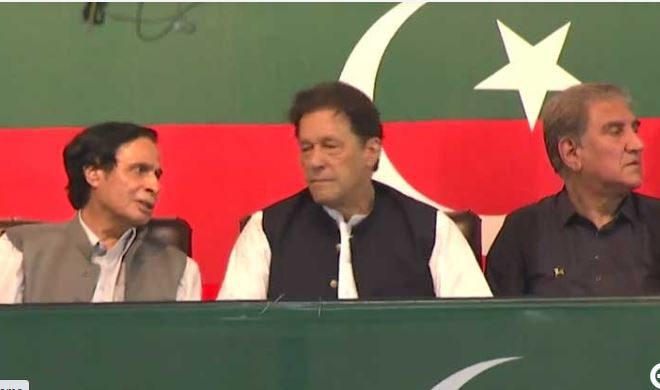 Lahore: The PTI’s power show is underway at Lahore’s Hockey Ground tonight (Saturday). Party chairman Imran Khan has reached the venue and will address the gathering, which will be telecast across the country. At midnight, a fireworks display and flag-hoisting ceremony will also be held.

Last week, the PTI announced to hold a “historic power show” in Hockey Ground on the eve of Pakistan’s 75th independence day, which will be celebrated tomorrow.

Talking to media persons at the rally’s venue earlier today, PTI leader Fawad Chaudhry said that the theme of the gathering was “Haqeeqi Azadi”.

“What is true freedom? It is believing that we won’t bow down in front of anyone except God. This is Imran’s goal and this is the theme of our rally.”

He went on to say that the PTI chairman would reveal the future strategy of the party tonight as the “party has entered the final stages of our movement”.