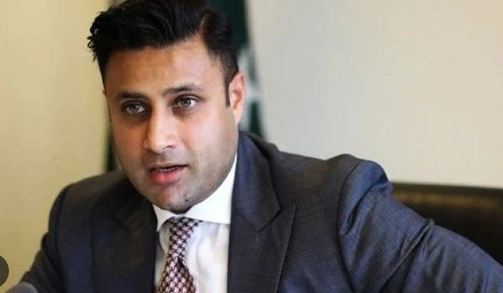 ATTOCK, DEC-28 /DNA/ – The Central Leader of Pakistan Tehrik e Insaaf and  candidate for NA-50 Attock Syed Zulfiqar Abass Bukhari (Zulfi Bukhari) while talking to the local journalists here in Attock on Wednesday has said that  PTI under the leadership of Imran Khan will also clean sweep in the forthcoming elections and run the country with full majority.

Mr. Zulfi said that PDM has dragged the country into a severepolitical-economic crisis and only Imran Khan will make political stability due to his revolutionary approach.  He said that living standard of masses is being upgraded in the changing socio-political scenario of the country.

Responding different questions of the media persons Mr.Zulfi Bukhari  said that all out efforts are being made for the development of his constituency. He said various development schemes of millions of rupees have been got approved and tenders were also floated in the national press to complete all these development schemes within the stipulated period.

He said that work orders for development schemes of Rs.114 million include metaling of streets, pathways and construction of roads already been issued .He while giving details of the schemes said that six schemes in village Akhlas , 04 schemes in Nara Pindsultani,  02 schemes in Qutbal,  05 schemes in Sharae Saadullah,  six schemes in Dharek  , 03 schemes in Tarap,  07 schemes in Bahatar one scheme in Khunda and 14 schemes will be completed in Jhang.  Zulfi Bukhari said that a large number of people will be   benefitted after completion of these schemes. He said , similar schemes will be completed in Langar , Makhad , Malowali , Kharpa , Mithial,  Jalwal , Maira Sharif , Jaba and Domel, he added.