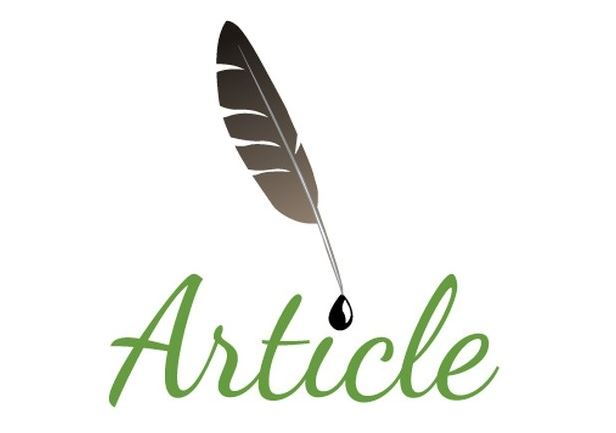 Demise of Dr. Muhammad NejatullahSiddiqi saddened Muslims from around the world particularly those who are trying to explore modern-day implications of Islamic finance and economics. A few decades ago it was generally accepted that there is probably no alternative to current banking and finance to comply with Shariah principles. However, dedication and hard work of likes of Dr. Siddiqi opened the door to think creatively to find solutions for economic and financial systems to meet Shariah requirements. On banking front there is significant progress in the Muslim world from processes and procedures to product development and investments. Islamic banks in Pakistan have emerged from niche to the mainstream now being rated with their conventional counterparts while securing top slots in the ranking which is the outcome of intellectual contributions of such scholars.

It is clearly evident that lack of scholarliness in most of the contemporary disciplines led to the decline of Islamic civilization leaving current generations into complete confusion that how one can adhere to Shariah principles in advance and sophisticated subjects. There are several factors to blame for the departure of Muslim societies from scientific developments including overall lethargy to probably religious taboos which restricted progress of aspiring scholars. However, in economics and finance every endeavor is driven by the motivation to eliminate the curse of usury from the society. Despite significant progress on banking side there is a lot to do to streamline public finance according to Shariah principles which is responsible to manage country’s revenue, expenditures and debt load through various means. Today, tax collection, budget, expenditure, deficit/ surplus, and national debt collectively shape overall structure of public finance. But tracing practices of public finance particularly public borrowing back to more than fourteen hundred years of Islamic history remains a daunting task which Dr. Siddiqi attempted and brought forth some important instances from early Islamic history to consider for recent needs of public borrowing.

He raised questions such as; did the Islamic state in the past borrow? If so, why and on what terms? Were there any alternatives to borrowing?Dr. Siddiqi argued, “With these and related questions one can explore the historical records of the many governments, spanning vast regions of the globe over the long period of fourteen hundred years.Yet another problem is the Islamic authenticity of what the Muslim rulers have been doing all these centuries in all these regions. Authenticity naturallybelongs to the decisions and actions of the Prophet (PBUH). The consensus of the community hasextended this authenticity to the period of the four pious Caliphs”. But the problem is that during the reign of four pious Caliphs there wasn’t any need for public borrowing because revenues from zakah, ushr, fai, khiraj as well as spoils of war were steadily rising throughout the period which were sufficient to meet all public expenditures.

Nevertheless, we can find a few instances of public borrowing from the life of Prophet (PBUH) in the difficult early years in Medina. According to Dr. Saddiqi, “Prophet (PBUH) borrowed as the leader of all Muslims and the head of the state he established at Medina. It is not at all difficult to distinguish between the Prophet’s personal borrowing and his borrowing for public purposes since the texts themselves facilitate such a distinction.”

According to Hazrat Bilal (R.A.), “It was the practice of Prophet (PBUH) that when a man came to him as a Muslim and he saw him in need of clothes he would order me and I would go and borrow and buy a cloak for him, clothe him and feed him. When there are resources available, the Prophet (PBUH) told me `cheer up, Allah has sent what you can pay back your loan with!”.

In another instance, Hazrat Abu Saeed al-Khudhri (R.A) reported that a Bedouin came to the Prophet (PBUH) asking for repayment of a debt owed by him.Hesent a message to Khawla, daughter of Qais, that if she had some dates she should lend it to him till his own dates arrived out of which he could pay back to her.Inthis case the lender was a Muslim. The second lender whose lending made possible the repayment to the first lender was also a Muslim.

Prophet (PBUH) once said to Safwan bin Umayya“O Abu Umayyalend us your weapons so that we can face our enemy tomorrow with their help”. Safwn asked, `O Muhammad do you want to confiscate them?” He said, ‘No I want them temporarily with their return guaranteed till we bring them to you.’ He said, there is no harm in (doing) this. So he gave him one hundred coats of arms with the accompanying weapons.”

It is important to ponder on an interesting incidence reported byAbu Rafi’ (R.A.)that the Prophet (PBUH) borrowed a small camel from a man. Then some camels from out of those collected as zakah came to him and he asked Abu Rafi’ to pay back the man the camel (owed to him). Abu Rafi’ came back and said he could find only better camels (older in age) who had their four teeth grown. He (the Prophet PBUH) said, ‘give it to him. The best among people are those who are good at paying back’.

From cases such as above, Dr. Siddiqiconcluded, “Borrowing, when there is a need, is a legitimate activity even if it is from non-Muslims. Fulfilling needs is one genuine reason justifying borrowing, while defense is another. While early history does not present any record of borrowing for financing economic development, it does provide an indirect justification of the same in an age in which economic development has become a sine qua non for need fulfillment as well as for defense.State must repay what it borrows even it doing so necessitates further borrowing.” I slightly disagree with Dr. Siddiqi’s one of the conclusions that since the lender receives no worldly return, public borrowing presumes the lender being motivated by moral and religious consideration to extend qard-e-hassan. During contemporary times qard-e-hassan may not be able to finance huge economic activities. Second, now there are several instruments for Shariah compliant public borrowing.

He also traced instances from fourth century of Islam when governments borrowed on suftajah, a kind of letter of credit and even interest bearing loans which referred to as gross mismanagement of the financial affairs of an otherwise prosperous regime as well as the compulsions of circumstances created by the maintenance of a large force of mercenaries in the capital cities; but determining Shariah compliance of such borrowings needs further research. However, work of Dr. Siddiqi will continue to serve as a guideline for future researchers in the field of public finance particularly for those who are exploring options for Shariah compliant public borrowing. May Almighty (SWT) rest his soul in eternal peace!