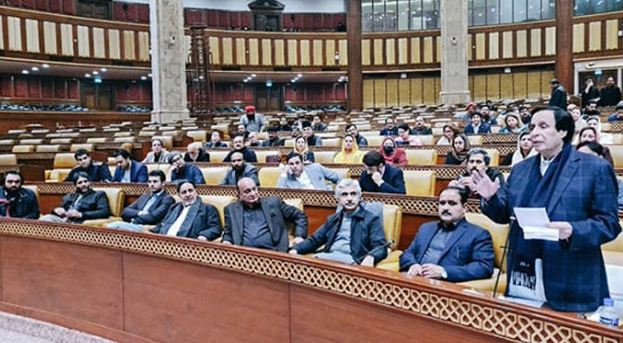 LAHORE, JAN 14: The Punjab Assembly has been dissolved after the governor, Baligh Ur Rehman, refused to sign on the summary sent for disbanding the legislative, sources said Saturday.

Punjab Chief Minister Parvez Elahi — who will serve as CM until a caretaker government is appointed — had forwarded the summary of dissolution on Thursday, and as per the constitution, the assembly dissolves within 48 hours regardless of the governor’s decision.

Rehman — a leader of the Pakistan Muslim League-Nawaz (PML-N) —refrained from the dissolution process and decided to let the constitution take its course.

“I have decided not to become part of the process leading to the dissolution of Punjab Assembly. I would rather let the Constitution and law take its own course.”

“Doing so will not hamper any legal process as Constitution clearly provides a way forward,” the governor — who had earlier termed the assembly’s a “hard one” — said.

Pakistan Teheek-e-Insaf (PTI) Chairman Imran Khan had announced the dissolution of the assemblies — Khyber Pakhtunkhwa and Punjab — in November last year. However, the plans were delayed due to consultations with allies and countermeasures adopted by the ruling allies in the centre.

In response to the governor’s statement, PTI Senior Vice Chairman Fawad Chaudhry said this wasn’t the first time he had “trampled the democratic decisions just to please your undemocratic masters”.

Taking to his Twitter handle, Fawad said: “Your decision was against the dignity of your position”, claiming that as 48 hours have passed the assembly now stood dissolved.

The former information minister said that the PTI will now face the Pakistan Democratic Movement (PDM) in the field.

The PML-N elder made these remarks in a consultation meeting of the party in London, according to a statement from Minister for Information and Broadcasting Marriyum Aurangzeb. Nawaz also instructed the party to establish a parliamentary board, according to Aurangzeb, and directed all workers to “go ahead with full passion, confidence, and full preparation and strength”.