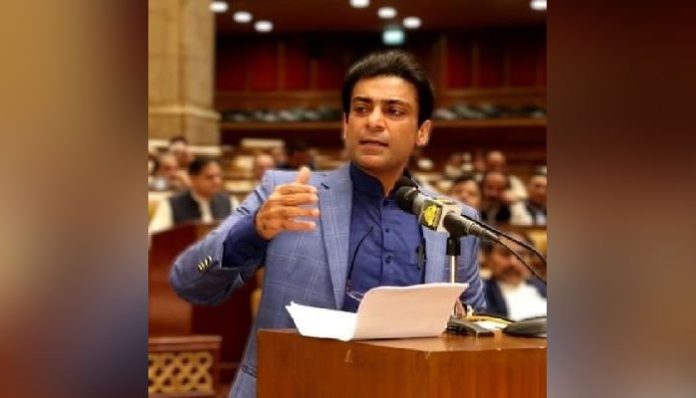 The uncertainty on Hamza Shahbaz’s election as the Punjab chief minister continued as the Lahore High Court (LHC) once again adjourned the hearing of the case till June 30.

A five-member LHC bench headed by Justice Sadaqat Ali Khan resumed hearing the separate pleas — filed by PTI and PML-Q — against Hamza’s election as CM on Wednesday. Bench member Justice Tariq Saleem Sheikh said during the hearing that the court will wrap up the case today (Wednesday).

However, the hearing was adjourned once again, leaving Hamza’s fate hanging in the balance.

At the outset of the hearing, Justice Shahid Jameel remarked that it will hear arguments from the counsel representing Hamza Shahbaz first.

The judge remarked that Hamza’s lawyer will give arguments if the Supreme Court’s verdict on the presidential reference — seeking the interpretation of Article 63(A) of the Constitution related to defecting lawmakers — applies to past events.

The apex court, on May 17, ruled that the votes of dissident members of Parliament (MPs), cast against their parliamentary party’s directives, cannot be counted.

Following Justice Jameel’s directive, Hamza’s counsel started his arguments, maintaining that the ruling doesn’t apply to past events unless the apex court itself says so.

At the completion of arguments by Hamza’s lawyer, PTI counsel Barrister Ali Zafar came to the rostrum.

In his arguments, Barrister Ali Zafar pleaded with the court that the SC’s verdict should be implemented instead of going after the point of past or future.

Justice Shahid asked the lawyer if the court can nullify the notification of Hamza Shahbaz’s election as CM. “Can this court play the role of the presiding officer?” asked Justice Justice Sadaqat Ali Khan.

“If the defecting lawmakers’ votes are not counted, then the presiding officer will have to be directed to hold re-election for the slot,” said Ali Zafar.

In the case of re-election, the notification regarding the appointment of Hamza Shahbaz would be nullified, said the PTI’s lawyer.

The court could only tell the presiding officer that he did wrong by counting the votes of defiant MPs, he added.

Earlier, the court called President Arif Alvi’s lawyer Advocate Ahmad Awais to the rostrum and sought his views on the remarks made by the single bench about the president.

While giving his arguments, the advocate pleaded with the court to nullify the single bench remarks about the president.

At this, Justice Sajid Mehmood Sethi asked if he meant to say that the remarks were given without hearing the president.

A new political crisis is likely to emerge if the LHC declares the election of Punjab chief minister null and void and orders re-election.

In the case the LHC announces its verdict against the incumbent CM, the same candidates, Hamza Shehbaz and Pervez Elahi, will once again vie for the slot. For the vote of confidence, the new CM will require to attain the magical figure of 186, half of the strength of the House.

If the court restores the Punjab Assembly to the April 16 situation, the deputy speaker will supervise the proceedings of the CM’s election. However, if a no-confidence motion is tabled against him, the panel of chairmen will conduct the proceedings.

In the light of the Supreme Court’s verdict, the Election Commission of Pakistan has de-seated 25 defectors of the PTI. By-elections on the 20 vacant seats will be held on July 17 and the election campaign is in full swing. The Election Commission is yet to notify two minority and three women members on the reserved seats as per the priority list of the PTI.

After the implementation of the apex court’s order for notification of the members on the reserved seats, the opposition alliance will bag five more seats. At the time of the election for the CM’s slot, 351 members will participate in the voting, as the rest of 20 members will join the assembly after the by-elections.

At present, the government alliance enjoys the support of 177 MPAs, including 160 of the PMLN (160), four independents, one Rah-e-Haq Party and seven of the PPP. On the other hand, the PTI has 158 MPAs in the Punjab Assembly after 25 of its MPAs were de-seated. However, the party’s strength will reach 163 when the reserved members are notified. In addition, it also enjoys the support of 10 PMLQ MPAs. In total, the opposition alliance enjoys the support of 173 parliamentarians. In the situation, Chaudhry Nisar’s vote will be quite crucial, as there is a difference of only four votes between the ruling and opposition alliance.

In case, the slot goes to Hamza Shehbaz as he enjoys a razor-thin lead of four votes, the ruling alliance needs to win nine seats in the by-elections for successfully getting the vote of confidence. Hence, the results of the by-elections will decide the future of both alliances.

Former Lahore High Court Bar Association President Maqsood Buttar says if the LHC orders re-election, it will set a new precedent of interfering in the affairs of the parliament, challenging the authority of both executive and parliament. “The verdict will be marked as extra-constitutional,” he observed.

Senior lawyer Hamid Khan said if any of the organs fails to perform its duty, it is the duty of the court to plug the gap and implement the law. “No matter if it sets a new precedent,” he observed.

Senior lawyer Latif Khosa said it was not a good example that courts would decide about the parliament. Senior legal expert Abid Saqi said it was not the duty of courts to interfere in the election of the chief minister. “It seems there is no law, whoever wants breaks the law at will,” he observed.