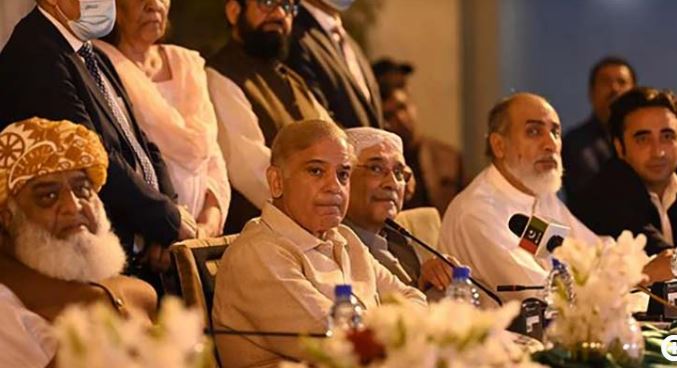 LAHORE – Pakistan Democratic Movement (PDM) on Monday claimed that Punjab will witness a change in government as the uproar of the ‘minus-one’ formula continues.

On the other hand, both the Pakistan Tehreek-e-Insaf (PTI) and the Pakistan Muslim League-Quaid (PML-Q) hoped to be on the ‘safe side’ in terms of numbers games in Punjab.

In this regard,Senior Minister Mian Aslam Iqbal said that the Punjab government is not worried about PDM’s claim, while Omar Sarfraz Cheema said that now no one will leave PTI Chairman and former premier Imran Khan alone.