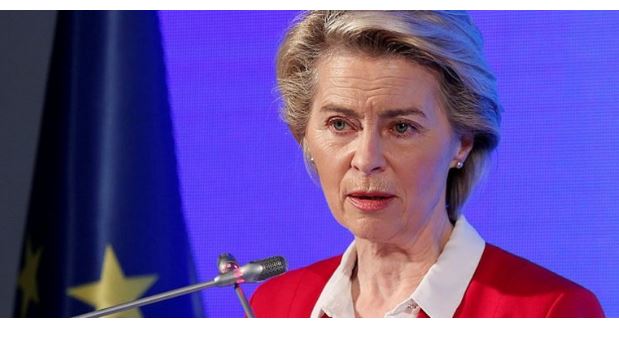 Europe will stand united against Russian war efforts in Ukraine, vowed European Commission President Ursula von der Leyen on Monday as she lambasted Russian President Vladimir Putin ahead of the Europe-Wide Day of Remembrance for victims of authoritarianism.

“Putin brought the horrors of war back to Europe, along with the reminder that peace cannot be taken for granted,” von der Leyen said in her statement.

The European Union has observed the Europe-Wide Day of Remembrance for the victims of all totalitarian and authoritarian regimes or “Black Ribbon Day” every August 23 since 2009.

The date is also the anniversary of the Molotov-Ribbentrop Pact, a military non-aggression agreement between Nazi Germany and the Soviert Union, which paved the way for the German invasion of Poland in September 1939.

The EU stands “united against the Russian state-controlled propaganda that distorts history, spreads conspiracy and punishes those who oppose it,” von der Leyen said.

In recent years, the EU has underlined the importance of the date for highlighting the Soviet Union’s crimes and abuses in Europe, pushing back against Russian-led revisionism.

A European Parliament resolution, passed in 2019, described Kremlin attempts to “whitewash crimes committed by the Soviet totalitarian regime” as “a dangerous component of the information war waged against democratic Europe.”

Six months after the Russian invasion of Ukraine, von der Leyen said the “Ukrainian people are giving their lives to protect the values” of the EU.

“The painful memory of the past is not just a distant recollection, but has found an echo in Russia’s illegal and unjustified war against Ukraine,” she said.