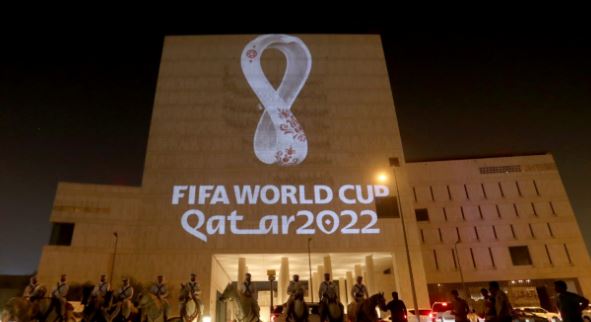 Qatar… this little despicable. This is how the French “Liberation” chose a title for its entire front page, which it devoted to censuring Doha and saying that it is not at all worthy of organizing the World Cup, on the same day that this football event kicks off.

The impressive opening ceremony last Sunday was completely ignored, for example by the British Channel One, BBC 1, preferring to talk about FIFA corruption, changing the date of the traditional World Cup, the small size of Qatar, the situation of workers, human rights, homosexuals and so on. The poor American “CNN” anchor did not find in her closet what she wore that day except for that dress that was completely embroidered in the famous gay colors, and the German media, in turn, did not deviate from this mood, so that a Tunisian friend residing in Germany sent me an indignant message saying: “I studied here I have been living here for 22 years and are fully integrated into society, even married to them, but I have never seen this hatred and hatred that I saw towards Qatar as it organizes the World Cup.

France, Britain, Germany.. just examples. This frenzy has existed for a while in many Western media, but it became fiercer the closer the start date of the tournament approached, then it exposed all its fangs on the opening day itself, so that some French newspapers did not pay any attention to the opening ceremony. But she celebrated, with gloating headlines, Qatar’s defeat by Ecuador in the first match.

Qatar is not above any criticism, and none of its officials claimed that it is a paradise for freedoms and human rights. It always says that it is constantly working to reform its laws and reality, but the issue is definitely not here. As he said, with all courage, the French ambassador in Doha, Jean-Baptiste, “We do not give lessons.” Because whoever gives lessons must, in my opinion, be perfect and complete, and no country is perfect and perfect.” This is what FIFA President Giovanni Infantino went to when he strongly attacked what he considered Western hypocrisy in this field.

This media did not find anything to praise in the messages of dialogue and tolerance expressed by the opening ceremony, in a world fraught with wars and disasters, preferring to delve into issues that may not be devoid of merit, but most of them are fabricated or terrifying. It is understood that every country that organizes the World Cup will make all the lights shine on it and its problems, as the talk of security was the tyrant when it was organized in South Africa (2010) and the talk of poverty in Brazil (2014). And the talk of freedoms in Russia (2018), but it never reached this degree of mobilization and exaggeration, as is happening with Qatar now, to the point of wanting to marginalize the demonstration itself. All of this is being done in a tone of clear transcendence that showed the worst of what souls and mentalities hide from colonial thought that sees itself as nothing but the center of the whole world in which all others must revolve entirely in its orbit and embrace the same values, starting from politics and economics to sexual relations, especially if this other is an Arab. And for sure, he must remain a prisoner of the stereotype that has been detailed for him for decades, and he will never leave it.

When the World Cup was organized in France in 1998, for example, we did not see any talk about France’s abhorrent colonial past, nor about what it is doing in Africa so far in terms of plundering goods, supporting dictatorships, supporting military coups, etc., nor how it deals with immigrants in its country, even those whose parents were born on its land. And how discrimination is practiced against them in employment, even by mere name, as proven by numerous studies.

A question at the end: What if the World Cup was organized in “Israel”?!

Would we have heard about its small area, which by the way is almost the same as Qatar, and that it is the country that sponsors the oldest and longest occupation in the modern era by occupying the lands of the West Bank and Gaza since 1967, disregarding all international resolutions? Would we have heard about the fascist religious currents in it and that they consider their Arab citizens to be second-class citizens? And they are committing all transgressions against their brothers in the occupied lands, All the transgressions classified as war crimes, such as seizing and annexing lands by force and establishing settlements on them that bring their residents from all parts of the world, in exchange for demolishing the homes of the indigenous people for an obscene amount of money, otherwise you have to demolish your house yourself? Would we have heard about the arrest of children and the killing of journalists? Was Sherine Abu Aqleh, who was assassinated by the Zionists, going to become a subject for every program before and during the World Cup? Would we have heard about the thousands languishing in prisons and the hundreds of thousands trapped in Gaza, described as the largest open prison in the world?

Perhaps… Perhaps we would have heard some sympathy and support for the Palestinians if they had decided to raise the gay flags, or the authority had changed its flag so that it became in their bright colors… Perhaps they would then become worthy of independence!!

A truly hypocritical world, but now it is as shameful and exposed as ever!!!

This is the truly clear picture of the double standard of the world, how world is dealing with the western world? And how they are pushing the Muslim world towards the edge? Especially Palestine is the main target of them. There are thousands of examples from simple to complicated situations, world always creates double standard to deal with both sides.