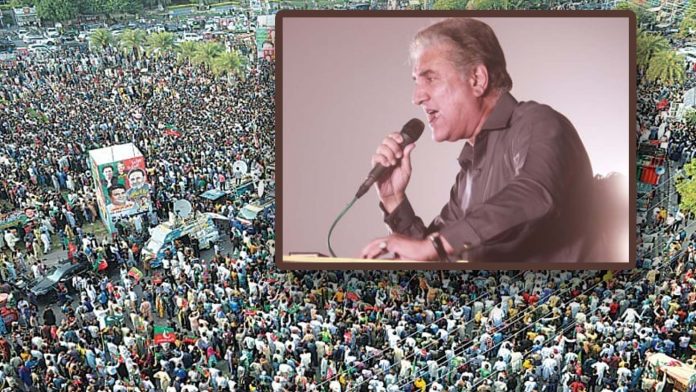 What will judicial commission do when people I named are ones who will head probe: Imran Khan

Addressing a press conference from the hospital, PTI Chairman Imran Khan said that “slave nations cannot rise”. “My first point is what will the judicial commission do when the three people I named are the ones who will head the investigation,” said Khan. He added that he sought the interior minister, prime minister and a military official’s resignation as he wants “transparent investigations because there is an entire pattern”.

“First, video surfaces that I’m committing blasphemy, it should be probed in the investigations. The video is then highlighted by a journalist affiliated with a political party. After this, a press conference is held by Maryam Safdar, Marriyum Aurangzeb and Javed Latif and they say that I committed blasphemy,” said the PTI chief.

He added it was a pity that despite having a government in the Punjab they were not able to lodge an FIR of the Wazirabad shooting. The PTI Chairman said some quarters were even above the law that is why no FIR can be registered against them.