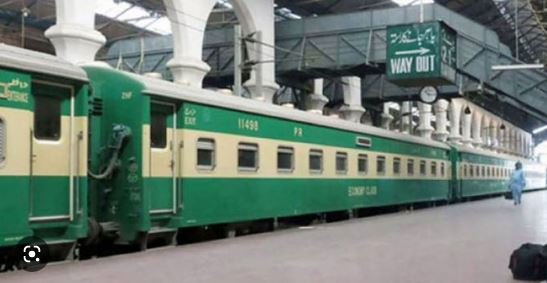 BOLAN, NOV 20 (DNA) — The train service between Balochistan and Khyber Pakhtunkhwa which was suspended for the last three months due to the collapse of Railway Bridge in Bolan as a result of damage caused by monsoon rains and floods, has been restored as a train from Machh left for Peshawar today (Sunday).

The Jaffar Express consisting of 10 bogeys moved from Macch Railway Station. As many as 170 passengers were boarding the train.  The train service from Balochistan to other provinces known as the Jaffar Express had been suspended on August 25 due to the collapse of a part of the railway bridge near Harak area in Bolan.

After three months, the train service has been restored from Machh. More than 170 passengers travelled from Quetta to Machh by nine coaches of shuttle service, while Jaffar Express that travels from Machh to Peshawar consists of 10 coaches.

In this regard, the Railway Administration said that until the train service is restored from Quetta, a shuttle service will be operated between Quetta and Machh. =DNA