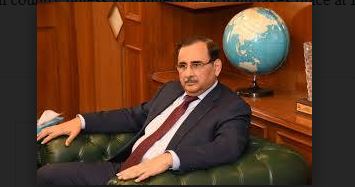 Karachi: /DNA/ – The Federation of Pakistan Chambers of Commerce and Industry’s Businessmen Panel (BMP) on Sunday said that the new freight train service, which was launched to link Karachi port with rest of Pakistan, to help uplift business opportunities, will lead to triple the container transport in the country.

BMP Chairman Mian Anjum Nisar said that Pakistan Railways need to make more terminals for this freight service with the collaboration of the Karachi Port Trust with the ultimate aim of going towards profitable business. We just need to work on connecting Port Qasim Authority with this freight train service with a view to transport coal and oil via railway, FPCCI former president suggested.

The commencement of the freight train service will expand Railways contribution towards Pakistan’s trade, converting the PR into a profitable institution of Pakistan, he opined.

Mian Anjum Nisar said that when compared to the rest of the world we are lagging behind so much that we are inaugurating basic things, but this inauguration is a welcome change, he said.

Pakistan’s entire business, its industry, its trade all depends on Railways, which only need good governance and management, he said.

Quoting a report, he said that the Railways deficit ballooned to a whopping Rs 46 billion in 2021, during the current government’s tenure, total losses incurred for railways stand at Rs 1.19 trillion. As far as accidents are concerned, 270 people lost their lives and a further 396 were injured in 455 train accidents between 2018 and 2021.

The report says that as many as 57 passenger trains were shut down and now only 85 trains are available for the various routes across the country. Similarly, the number of freight carriages was reduced from 16,159 to 14,327. While the number of employees decreased from 120,000 to 67,627, pensioners of the department now stand at more than 115,000 people. The report states that during the last financial year, while the salaries of current railway employees amounted to Rs 28.21 billion, a hefty Rs 31.41 billion was spent on retirement pensions.

He remarked that the railway is a multi-technical institution, but when the head of the institution is non-technical, what will be the development of that institution?” he questioned. He was of the view that the railways can reduce its deficit and become a for-profit entity again in the present setup.

The BMP Chairman stated that the implementation of China-Pakistan Economic Corridor can transform railways by laying railway tracks from Karachi to Peshawar and from Taxila to Havelian, and trains would start running at speeds of 160 miles per hour (mph) instead of 90 mph which would make rail travel safer and faster and make the railways a profitable entity. In railways, the 1,830-km strategic existing Main Line-1 (ML-1) would be expanded and reconstructed. It includes doubling the track, improving rail speeds, computerised signaling, added safety, and freight trains speed enhancement upto 120 km/h. The project is in advanced stages of planning; feasibility is complete and loan is being negotiated. It would be completed in the third phase (by 2025) as planned. Second project is Havelian containerised dry port; feasibility is complete and project is put on fast track.

He said that the up-gradation of the centuries-old railway system under China-Pakistan Economic Corridor is no doubt a welcome move. However, an important aspect which must be taken into account when rehabilitation planning is being done is the selection of track gauge.

At present, Pakistan Railways is based on the broad gauge which means that the internal width between the track is five feet and six inches. The platforms and the entire rolling stock have been designed on the basis of this broad gauge.

This gauge was designed by the British. This typical gauge is only available in Pakistan, India and Bangladesh. At the moment, there are different gauges of tracks in different regions. The most prominent is standard gauge which has the internal width of four feet and eight and a half inches.

Europe, China and Iran use this standard gauge. Iran, Turkey and Europe have a compatible track. It may be noted that a train moving from Pakistan cannot travel into Iran because of this technical issue.

On the other hand, a train starting from Iran can reach into the heart of Europe without any technical difficulty. A Pakistani train can neither go to Turkey nor to any European country unless a changeover of train takes place at Iranian border.