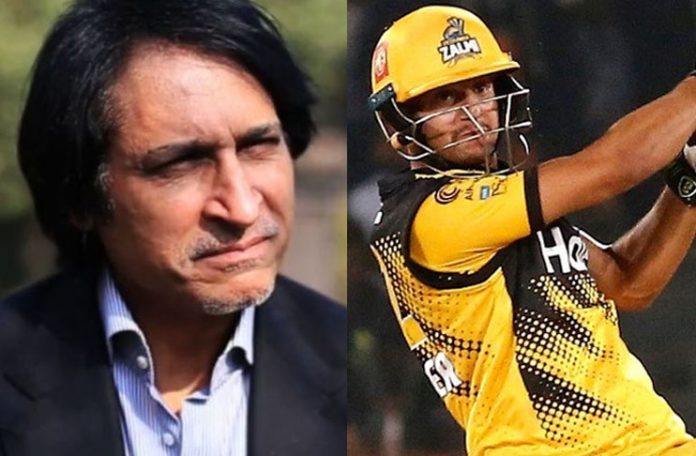 Haider, who represented Pakistan in ICC U19 World Cup earlier this year, surprised cricket pundits with his power-hitting skills. While representing Peshawar Zalmi, he made 239 runs in nine matches at an impressive strike-rate of 158.25 in the tournament.

“He is talented, he has got a variety of shots and he is lethal at number 3 position. The only thing he needs to work on is consistency which can make him one of the potent batters around the world in upcoming times,” Raja said in a video on his Youtube channel.

The former cricketer urged him to follow Pakistan’s Babar Azam and Indian skipper, Virat Kohli, following his fearless approach at the crease.

“His template should be Virat Kohli or Babar Azam – these players have staggering numbers despite not improvising too much because they have such strong skills and conventional shots that they can be consistent and be match-winners,” he concluded.