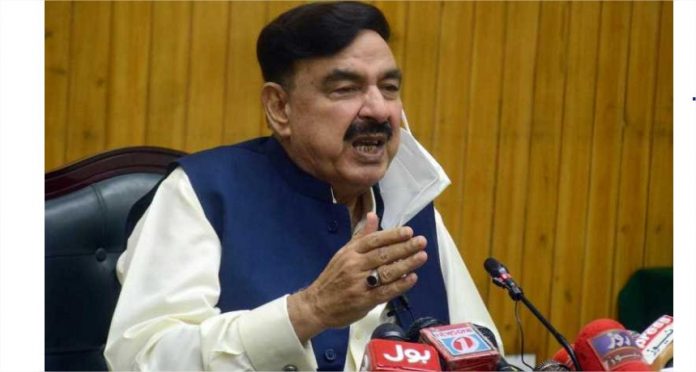 Railways Minister Sheikh Rasheed has asked members of the PTI not to discuss their personal matters before the media. “I can only request, since I don’t have the authority to restrict them, to not to wash their dirty linen in public,” Rasheed said while addressing a press conference at the Railways Headquarters in Lahore on Saturday.

He was it was up to the people in government to project a good image of their prime minister but they are certainly not behaving in a modest way. “You don’t even need the opposition’s critics if you continue to behave in such a manner,” said the minister.

When asked about the “minus-one formula” for PM Khan that the PML-N and PPP leaders have been speaking about in Parliament, Rasheed thought it was never going to happen.

“Imran Khan isn’t going anywhere. There will be no such thing as minus one. If such a thing ever takes places, it will be minus three,” he told media, without naming who the other two entities he was referring to.

A few weeks back, Fawad Chaudhry’s interview to Voice of America had made the prime minister and other senior PTI leaders angry.

Chaudhry had claimed that there are rifts between Jahangir Tareen, Foreign Minister Shah Mahmood Qureshi and Planning and Development Minister Asad Umar.

“As soon as the PTI government was formed, quarrels among Qureshi, Umar and Tareen began. Tareen used his influence to get Umar removed from the Cabinet and later Umar got Tareen out,” said Chaudhry.

However, Qureshi denied having a bad relationship with any party mate.