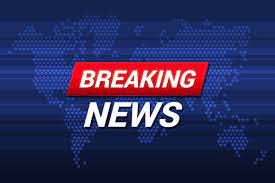 Rapid transportation, easy communication, and minimizing tariff and non-tariff trade barriers between countries and regions are key to economic growth and prosperity. These measures lead to inclusive growth of the entire region by enabling all countries to reap fruits of their shared development and economic growth. It is, no doubt, a win-win arrangement for all the stakeholders concerned.

Banking on this win-win strategy for inclusive socio-economic growth of the entire region including South East Asia, South Asia, Central Asia, Middle East, Africa, Eastern Europe, Latin America and the Caribbean, Chinese President, Xi Jinping, proposed One Belt One Road Initiative (OBOR) in 2013. By 2017, it was rebranded as Belt and Road Initiative (BRI). As of January 2021, 140 countries have joined the Belt and Road Initiative (BRI) by signing a Memorandum of Understanding (MOU) with China. These partner countries include 40 in Sub Saharan Africa, 34 in Europe and Central Asia, 24 in East Asia and Pacific, 17 in Middle East and North Africa, 19 in Latin America and the Caribbean, and 06 in the South East Asia. The objective of BRI Initiative is to connect Asia with Africa, Europe and rest of the world via land and maritime routes for improving regional integration, increasing trade and stimulating economic growth by promoting flow of goods, investment and people.

The significance of regional connectivity can hardly be underestimated when we look at the forecast of a leading UK-based global economic consultant, ‘Centre for Economic and Business Research (CEBR)’, that found out in a 2019 survey that BRI would boost the world GDP by $7.1 trillion per annum by 2040.

Buying this very idea of mutual economic growth by improving upon transport and communication infrastructure for better regional connectivity among Central and South Asian regions, Uzbek President Shavkat Mirziyoyev hosted a conference in Tashkent on 15-16 July 2021 in which leaders from Central and South Asian countries including Pakistan, Afghanistan and India were invited along with other major regional and international countries and organizations. More than 50 countries and 30 international organizations including the United States, China, Russia and the European Union attended the conference.

The conference titled, ‘ Central and South Asia 2021: Regional Connectivity, Challenges and Opportunities had a manifest objective of capitalizing on historically close links between the two regions for developing mutually-beneficial strategic projects in trade, economy, transport, communication, culture and humanitarian cooperation. It tried to explore possible avenues of cooperation between all countries in the regions with respect to economy, security and culture for the betterment of their peoples. Uzbek President, Mirziyoyev rightly said, ‘Without tighter relationships and economic connectivity, we cannot turn this part of the world, and the Eurasian continent, into a stable and prosperous space’. UN Secretary General, Antonio Guterres said in his remarks via video link, ‘United Nations will support these efforts since connectivity is essential to trade, growth and sustainable development.’

On the official invitation of Uzbek President, HE Shavkat Mirziyoyev, Prime Minister Imran Khan attended the event along with a high-level delegation of senior ministers and leading businessmen of the country in order to make maximum use of all possible options that could contribute to socio-economic uplift of people of Pakistan.

The Government of Pakistan’s ‘Vision Central Asia’ has a very clear policy of harnessing full potential of any opportunity of access to Central Asian markets and making Pakistan transit trade hub in the region by joining a project aimed at socio-economic uplift of its people.

Prime Minister Imran Khan is vigorously pursuing regional connectivity initiatives, whether it be under China Pakistan Economic Corridor (CPEC) or this recently Uzbekistan’s proposed Central and South Asia connectivity plan to gain access to the Central Asian markets in return for Central Asia’s access to Pakistani ports at Gwadar, Bin Qasim and Karachi for trade of goods and export of energy. Pakistan is especially interested in the proposed rail link between Termez in Southern Uzbekistan, Mazar-I-Sharif and Kabul in Afghanistan, and Peshawar in Pakistan. Prime Minister Imran Khan remarked,’ with large populations and rich natural resources, Central and South Asia can create s giant market of products and services’.

On this occasion, agreements and MoUs worth $500 million were signed between Pakistani and Uzbekistan in the fields of business, trade, visas, culture, tourism and cross-border movement of goods.

All the officers concerned and their staff at Ministry of Foreign Affairs Islamabad and Embassy of Pakistan, Tashkent, Uzbekistan played an outstanding role in seamless coordination for smooth and successful conduct of events on the two-day conference which would definitely usher in a new era of mutual cooperation for socio-economic uplift of the two countries.