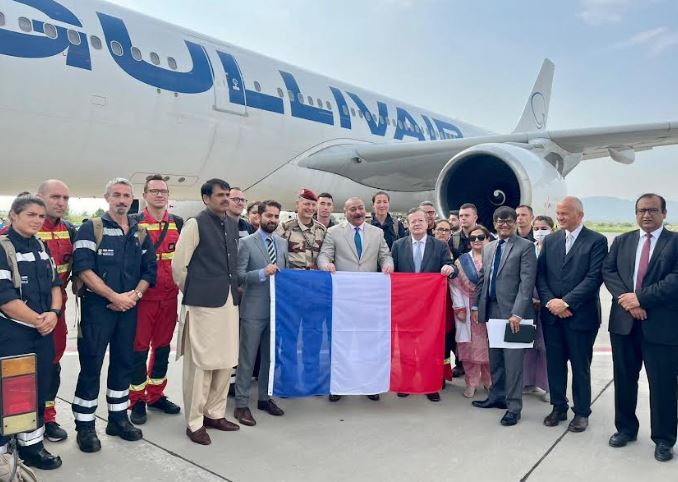 ISLAMABAD: The French government, on the instructions of the French President Emanuel Macron has sent a special plane loaded with relief goods and hi-tech equipment. A team of doctors and technical experts has also arrived.

The French ambassador to Pakistan Nicolas Galey also accompanied the doctors and other officials. Health Minister Abdul Qadir Patel received the relief goods. France happens to be the first and only European country so far that has extended relief support to Pakistan. The EU had extended EUR 1.8 million in this regard.-DNA