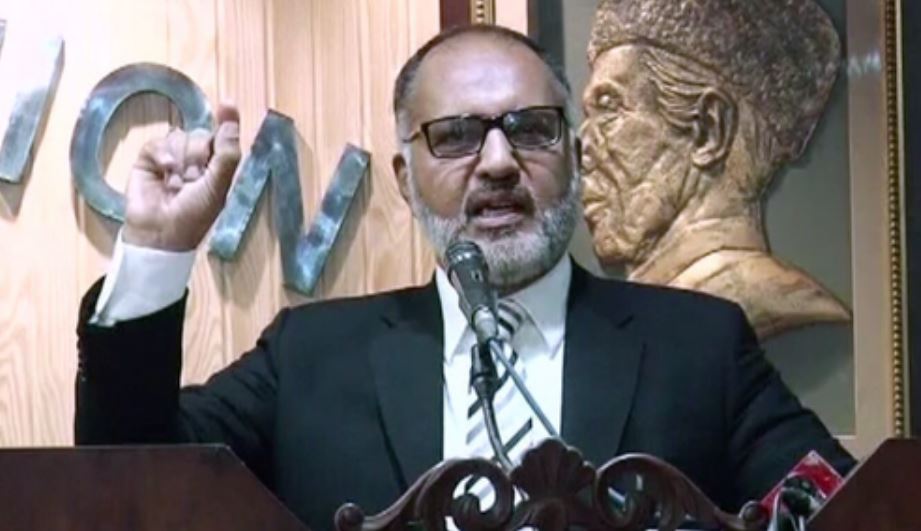 ISLAMABAD: The counsel for former Islamabad High Court judge Shaukat Aziz Siddiqui told the Supreme Court on Tuesday that the Constitution required that an inquiry be conducted into the allegations levelled against a judge before dismissing them from their position.

Headed by Justice Umar Ata Bandial, a five-member larger bench of the SC had taken up an appeal by Siddiqui against the opinion of the Supreme Judicial Council (SJC) and the October 11, 2018, notification under which he was removed as a superior court judge for his July 21, 2018, speech at the District Bar Association, Rawalpindi.

In his speech, the former judge had made remarks about the involvement of certain officers of the executive organ of the state, specifically the Inter-Services Intelligence (ISI), in the affairs of the judiciary to allegedly manipulate the formation of benches of the high court.

Continuing his arguments on the appeal today, counsel Hamid Khan said as per Article 209 of the Constitution, it was mandatory to investigate the allegations against a judge before deciding whether they should be removed or not.

Article 209 of the Constitution empowers the Supreme Judicial Council to carry out inquiries into the capacity and conduct of Supreme Court and high court judges.

“If an example is set of removing a judge without holding an inquiry [into the allegations against them] then any judge could be dismissed on any basis at any time [in the future],” Khan said.

Justice Bandial told the counsel that Siddiqui had “transgressed the limits” in his speech at the Rawalpindi bar.

“He was issued a show-cause notice for the speech; if he hadn’t delivered the speech, the notice would not have been served,” Justice Mazhar Alam Miankhel commented.

Justice Ijazul Ahsan, meanwhile, said that a judge’s speech in the bar or at a public forum was supposed to be within “constraints and limits”.

“It does not befit a judge to start humiliating institutions or the government,” he said, noting that an SC judge could not comment on the country’s foreign policy.

Justice Bandial observed that the IHC judgement of Nov 27, 2017, had been referenced in the Faizabad dharna case. In that order, Justice Siddiqui had strongly criticised the role assigned to the army “as the mediator” in the agreement to end the sit-in at Islamabad’s Faizabad Interchange in Nov 2017.

“The agreement also had the signatures of [then-Maj] Gen Faiz Hameed,” lawyer Khan said today. Siddiqui has previously accused Lt Gen Hameed, the current Peshawar Corps commander, of visiting him at his home and pressuring him to withdraw a judgement.

Referring to Siddiqui’s order in the Faizabad sit-in case, Justice Masood asked whether the former IHC judge had taken a suo motu notice because no complaint against the army or its serving officers had been filed in the court.

“Did the high court have the authority to take a suo motu notice?” Justice Masood asked, to which Khan responded that the court could take a notice if “something unlawful” emerged.